Fasten your seat-belts as our pattern becomes quite active beginning this weekend and lasting through much of next week.

First on the docket is an upcoming storm for this weekend. Details are becoming a little more clear in regards to what may happen as two pieces of energy will interact with the recent cold spell and some moisture to produce accumulating snowfalls.

The first round of snow is expected to begin late Saturday afternoon and continue through Sunday morning. At this time, accumulations of 2 to 4 inches appear likely. This snowfall is expected to be on the light/fluffy side compared to last weekend when a wet, heavier snow fell. Travel impacts are expected to be felt as early as Saturday evening.

We’ll see a brief break in the snowfall by midday Sunday and into early Sunday afternoon before a second piece of energy ejects towards the area. This second piece of energy could be a bit more powerful and lay down more in terms of snowfall accumulation by early Monday. The second event has more uncertainty currently in terms of placement of not only energy but where the heaviest snow totals will be. If things come together just right, we could be talking several inches of snow. It’s going to take another 12 hours or so to sort out the details but you’ll want to pay close attention to future forecasts. 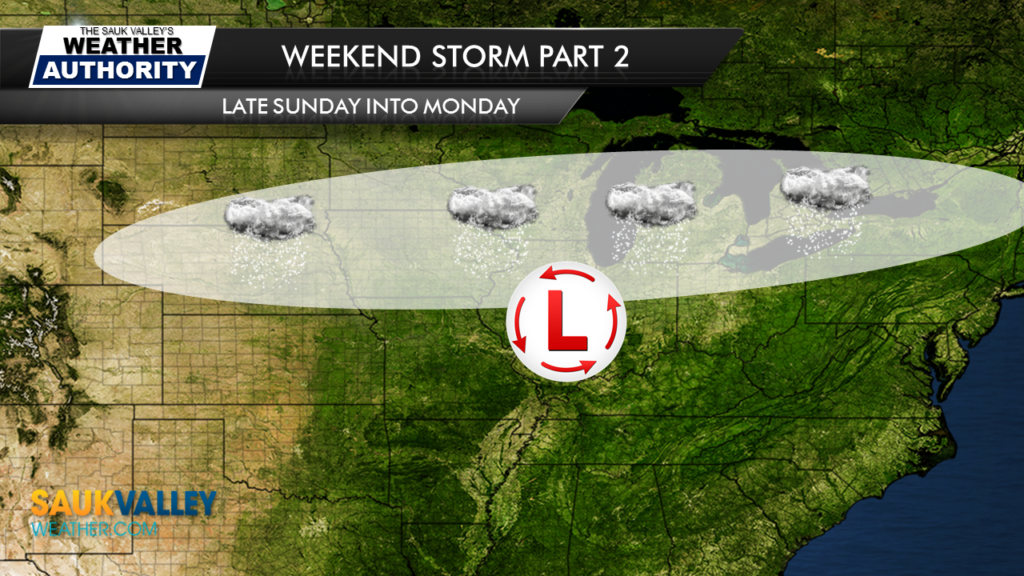 One thing that has been consistent is that an arctic blast of much colder air will arrive by Tuesday lasting through the end of next week. Temperatures will only reach the lower teens to upper single digits during the day and then fall potentially below zero a couple nights next week. Wind chills will also be a factor and fall well below zero several times next week.

The pattern remains active through next week with another shot at some potentially accumulating snow on Tuesday with another system moving through and bringing in that much colder arctic air mass that will stick around for several days.