It’s a cloud that is filled with motion and is often moving rapidly towards you. It’s size can be intimidating as it usually stretches for several miles and it can also carry with it an extremely low appearance to the ground, often times being mistaken for a wall cloud which is typically associated with tornado development. We’re talking about the ever-so-frequent shelf cloud! 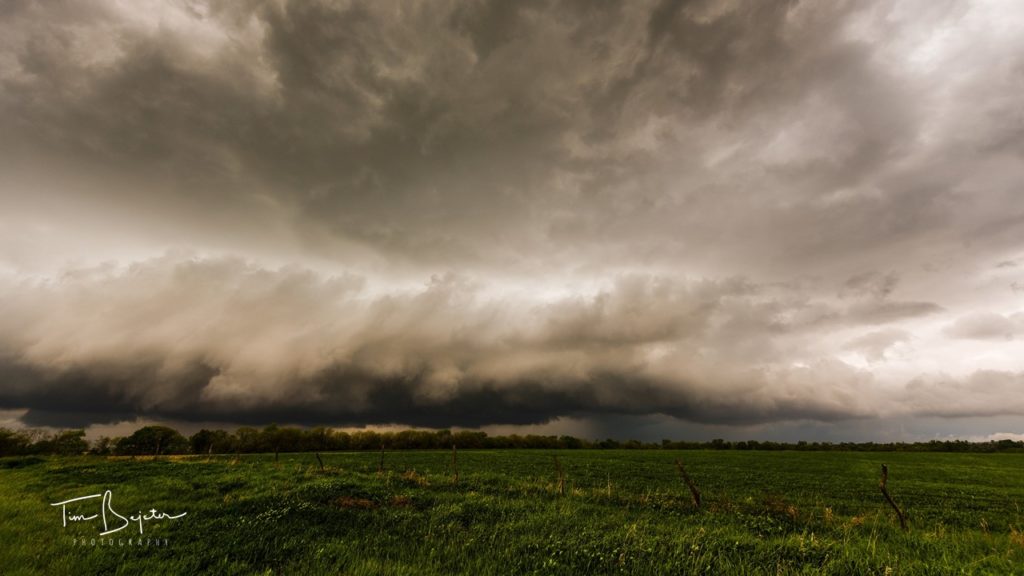 We usually see dozens of these types of clouds across the area each year, associated with thunderstorms and their rain-cooled outflow. You’ll see one of these whiz past your location just before gusty winds and heavy rain begins.

Creating a shelf cloud is quite the process! You can often see rising cloud motion in the leading part of the shelf cloud itself, while the underside appears extremely turbulent (like the bottom of an ocean wave) as it passes over you. Cool, sinking air from a thunderstorms downdraft quickly spreads out once it reaches the ground, creating a leading edge that acts as a cold front of sorts. 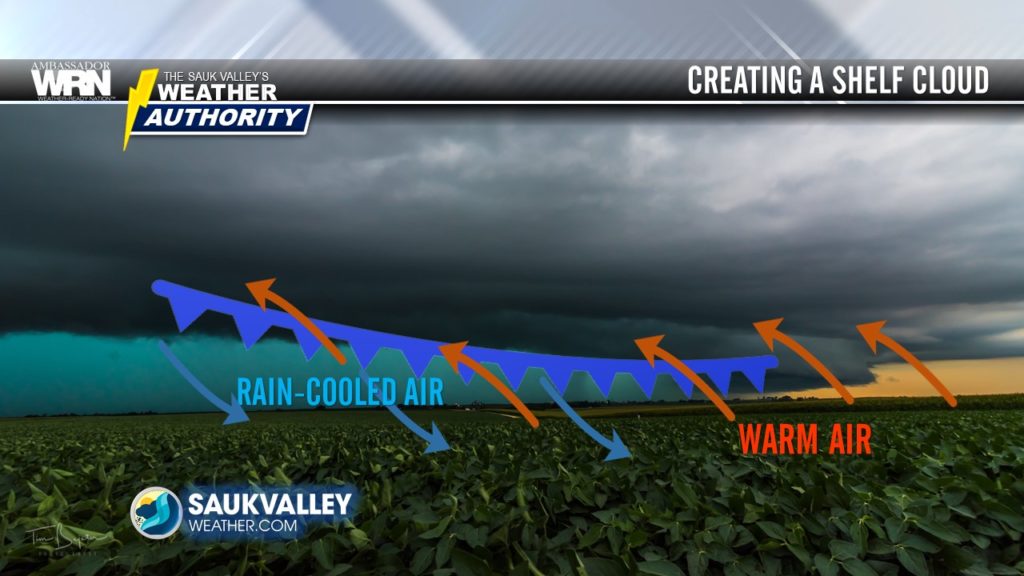 This is called the gust front. This gust front undercuts warm air being drawn into the thunderstorm’s updraft, quickly causing condensation and allowing the shelf cloud to form. It takes on it’s appearance thanks to the wind shear that is created as the rain-cooled air meets the warmer air. You can see that motion illustrated in the above graphic. It at times can take on a “rolled” appearance, too!

Shelf clouds can often vary in intensity and appearance depending on how much moisture is around. Typically they are most pronounced during the deep summer months when the combination of gulf and crop moisture produces excessive low-level moisture values, like what we have seen in the middle of July of this year.

Here’s a neat time lapse of an impressive shelf cloud in Columbus, Nebraska. Notice the turbulent motion the clouds take on as well as the quick condensation that occurs.

Have a weather question that you’d like to see featured in a “Weekend Feature” article? Let us know! Contact Us