Not one but two 60+ degree days were just experienced as we stayed on the warm side of a low pressure system that brought us a decent amount of rainfall in terms of what we would normally see the month. Many areas picked up between 1 and 1.5 inches total while areas west of the Mississippi River saw more in the range of 2″ or more. The rain has departed for now and in it’s wake we have cooler temperatures but still not bad for this time of year.

We’ll still have some clouds to deal with today but a few peaks of sunshine will remain likely as we see high temperatures in the middle 40s.

The next storm system approaches the area later Wednesday bringing an increase in cloud cover but so far not a lot of precipitation appears to be associated with this feature as the front is expected to move through during the overnight hours. Wednesday will be warmer though ahead of it with highs in the upper 40s expected.

We’ll cool down Thursday closer to normal with partly cloudy skies and highs in the lower 30s. Friday looks to be the coolest day this week as much colder air builds in aloft keeping highs down to near 30 degrees. The cool temperatures will carry over into the first part of the weekend before warming commences again by Sunday with our next chance of precipitation not arriving until early next week. 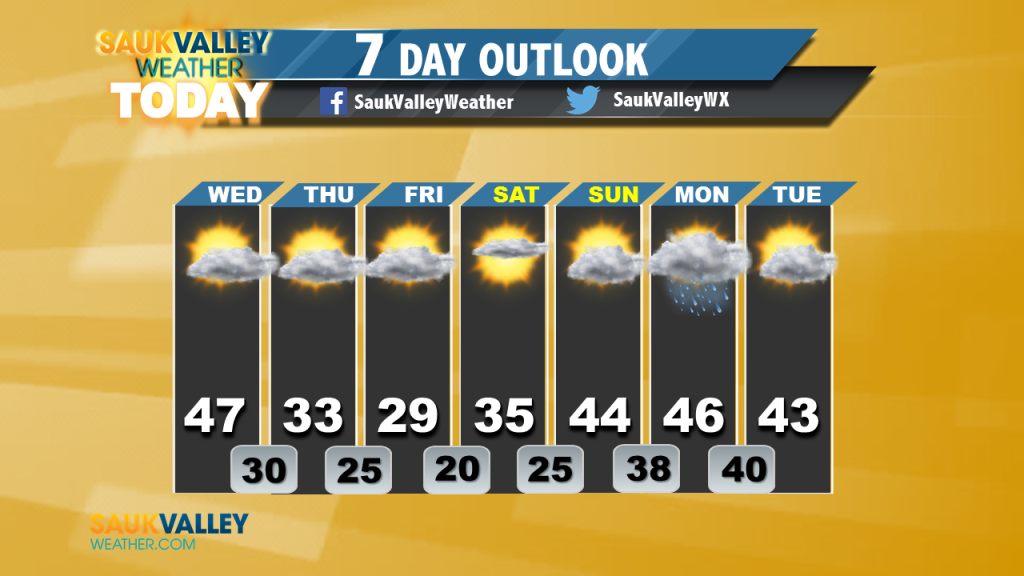