We’ve sure had our share of wind so far this month as March is typically known for this feature in the Midwest. Warm air will continue to battle its way northward over the next few weeks as the cooler air attempts to remain established from time to time.

The cooler temperatures from this past weekend are going to become a distant memory as we surpass 60 degrees for this afternoon with filtered sunshine throughout the day. Winds will be on the increase from the south during the afternoon as well.

For tonight we’ll see an increase in clouds ahead of an area of low pressure making it’s way through the plains. Temperatures will be in the lower 40s. 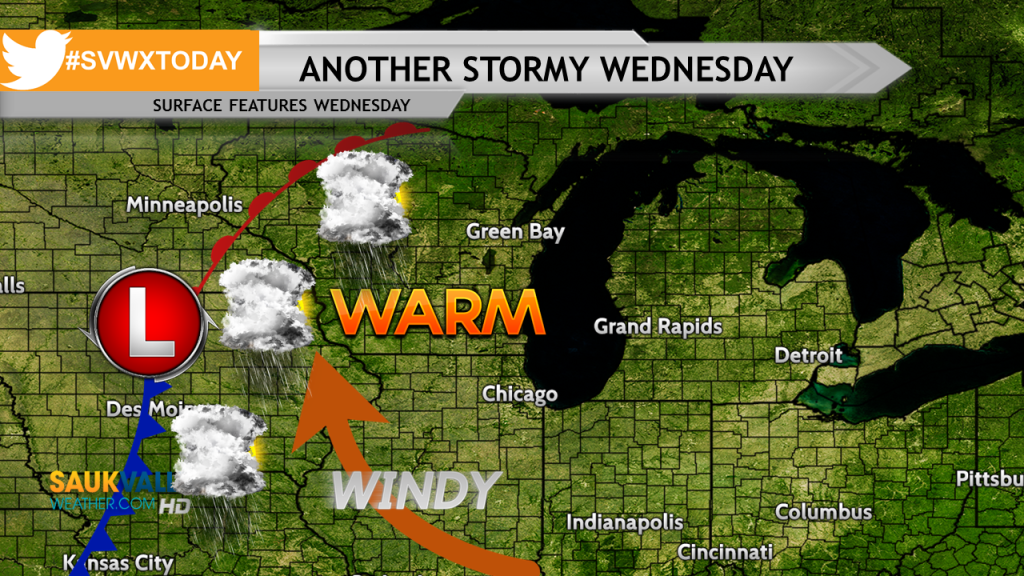 Our theme of “Stormy Wednesday’s” will return again this week as an area of low pressure passes through Iowa bringing a surge of moisture and warmth with it. Clouds will be on the increase for much of the day with an area of showers and thunderstorms expected to arrive by late evening and early Thursday morning. At this time the severe threat appears low due to the timing of the system, but an isolated severe storm can’t be ruled out.

A few leftover showers are possible for our Thursday as the system departs but the strong winds will remain with us with plenty of clouds and cooler temperatures back to around 50 degrees.