Hope everyone had a wonderful holiday weekend! We’re on the home stretch of 2016 already and it appears December will be going out like a lamb.

We’ve entered into a much quieter weather pattern this week with very little chances for precipitation. However, the windy conditions continue to be a big story as weak disturbances pass to the north of the area from time to time.

One of those disturbances will be passing to our north for Wednesday drawing up a warmer air mass from the south which will push highs into the lower 40s. Southwest winds could gust up to 20 MPH at times. Clouds will be on the increase through the day with mostly sunny skies in the morning becoming partly cloudy. Aside from the clouds, dry conditions are expected for Wednesday.

The rest of the week is looking quiet with a cool down on Thursday as temperatures behind the disturbance fall back into the 30s and remain there through the upcoming weekend with on and off clouds. The wind will settle down on Thursday and into the upcoming weekend as well. Now that most of the snow is melted, not a bad time to hit the area walking paths! Just bundle up =)

We don’t talk about our next big chance for precipitation until we get into the new year. Saturday will remain dry with highs in the middle to upper 30s. We’ll continue warming slowly into Sunday and Monday as a low pressure system begins to develop in the plains. Right now model guidance takes this system to our west and north which will keep us mainly on the warm side like our previous weekend storm system. A rain snow mix is possible late Sunday afternoon and night before it will likely transition to all rain for Monday. The good news is that New Year’s Eve is looking just fine with dry conditions and temperatures in the middle 20s.

Once this storm system exits beyond Tuesday of next week it appears another cold blast can be expected with highs returning to the teens and perhaps single digits above zero and overnight lows in the single digits below zero.

We’ll keep tabs on next weeks potential storm system and fine tune the forecast as the week progresses. Until then enjoy the quieter pattern! 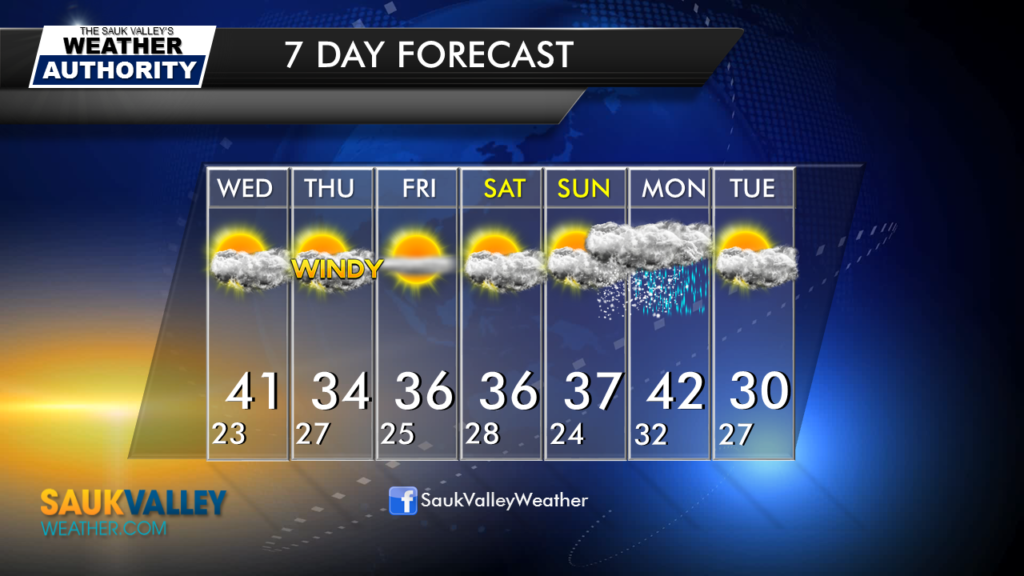