A potentially active day ahead for the Sauk Valley as we run the risk of a few strong to severe thunderstorms later this afternoon and into the evening hours.

Already this morning scattered thunderstorms have developed to our west over portions of eastern Iowa and will continue to move off to the northeast. A few of these will likely impact the area after 9am. No severe weather is expected this morning.

This afternoon a potent area of low pressure and accompanying strong jet stream will come together with a favorable wind pattern aloft to allow strong to severe thunderstorms to develop just to the west of the local area. Our severe weather risk today is dependent on how much instability we can build into the afternoon. The more sunshine we see in the late morning and early afternoon, the higher our severe risk will be. If we remain covered in clouds and don’t see much in the way of sunshine this afternoon, our severe risk will remain lower. Visible satellite this morning showed plenty of clouds existing across much of the region.

The Storm Prediction Center has placed the entire area under a Slight Risk for severe storms with all hazards possible. Storm movement will be fast so the flash flooding threat is low at this time. All other threats are moderate. An Enhanced Risk exists just to our west where the higher threat for more damaging thunderstorms currently exists. 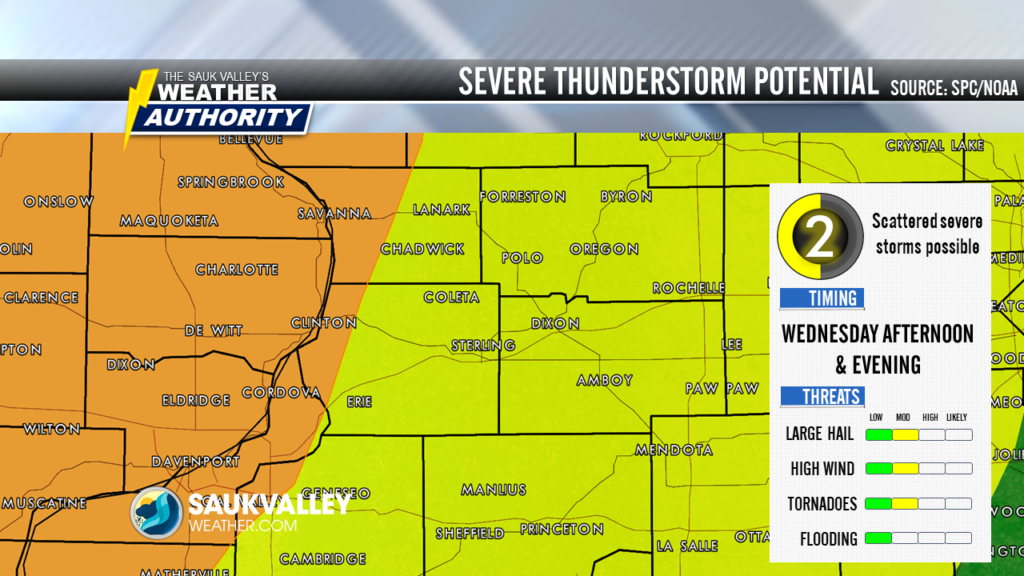 Storm mode this afternoon is in question by several of the convective models with some indicating scattered storms which favors more in the way of supercells, while others merge stronger storms in Iowa into a line and then sweep a damaging wind threat across the area later today. Development appears to be after 3pm with storms affecting the local area between 3pm and 9pm this evening.

The highest tornado probabilities remain just to the west with a broad 10% over much of Iowa while a 5% exists for much of Illinois.

Bottom Line: Strong to severe thunderstorms with all hazards are possible after 3pm this afternoon. Keep an eye to the sky and make sure you have a way to receive warnings should one be issued for your area. Take immediate action if you are warned. 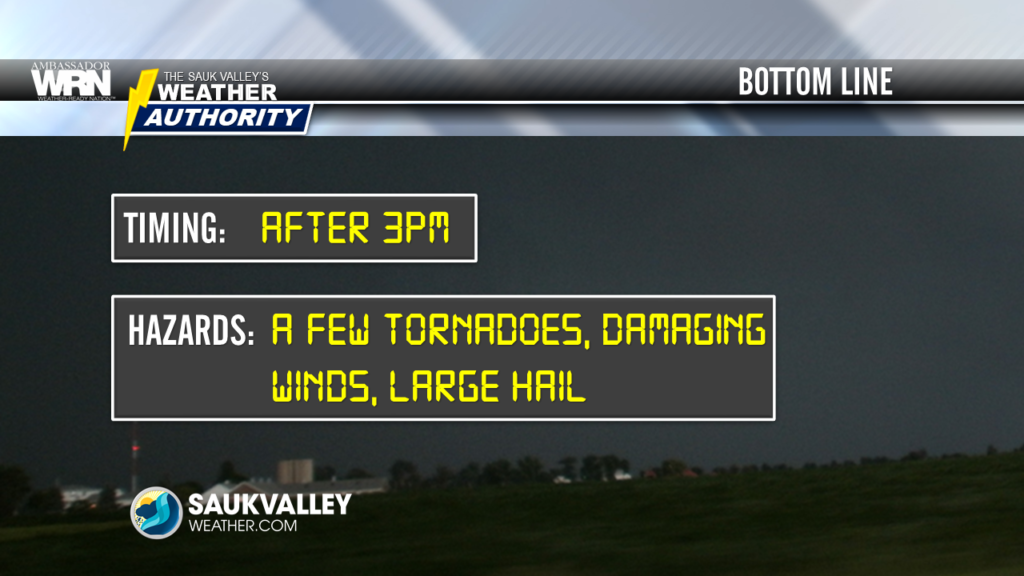