Rain will continue and become steadier as the day progresses across the area as more moisture gets drawn up from the south. By this afternoon and early evening a few rumbles of thunder will even be possible with the periods of heavier rainfall. Still expecting many areas to receive at least 1-2″ with isolated spots of 3″ not entirely out of the question. Temperatures will remain mild under the influence of southerly flow with highs near 60 expected.

For tonight steady rain continues with a few rumbles of thunder possible.

Wednesday after a few scattered leftover showers in the morning expect the rain to finally begin tapering off by midday followed by extensive cloudiness. Temperatures will be in the middle 50s however winds will be on the increase throughout the day with gusts near 30-35 MPH possible.

Later this week signs are still there for the potential for some snow flakes in or near the area. Much colder air has been building up to the north and some of that will sneak southward as we head into the upcoming weekend. 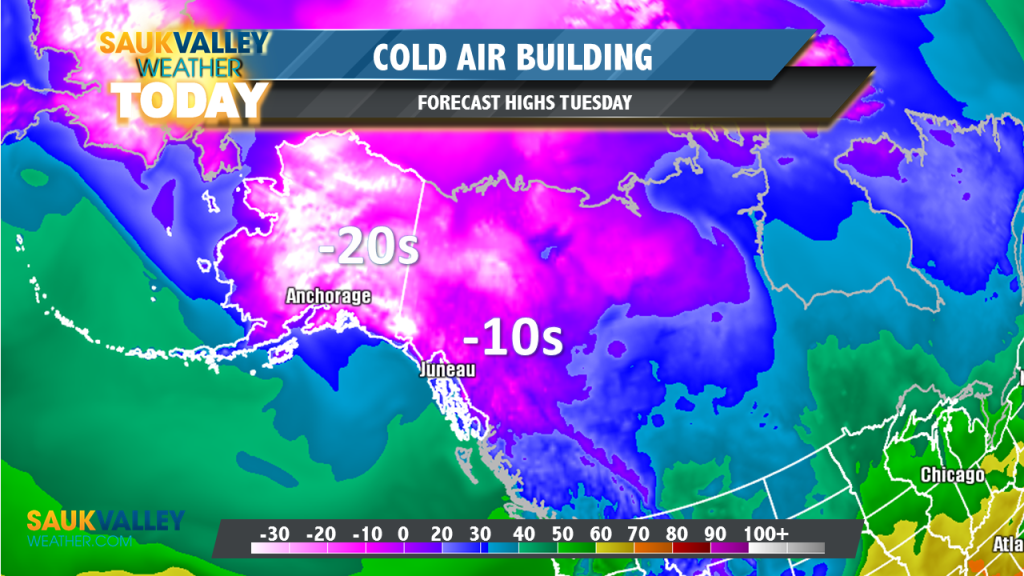 Temperatures will certainly be could enough to support it with highs only in the 30s. One limiting factor remains the fact that the ground is still relatively warm, so it will take a heavy burst of snow to get anything to accumulate and right now the likely time frame would be overnight Friday into the first part of Saturday. Something we’ll continue to monitor, but so far not looking like a major winter system by any means. Just enough to perhaps dust the grass for the time being. Stay tuned!

Wednesday: A few rain showers in the morning followed by clouds in the afternoon. Still mild and windy: High: 57