Welcome to December! By the looks of things the pattern is surely set to make it feel more like December compared to our well above average November we just experienced. Here’s a look at some December averages in terms of temperature and precipitation. Winter officially begins on the third Wednesday of the month. This month also features the least amount of daylight out of all the months of the year. 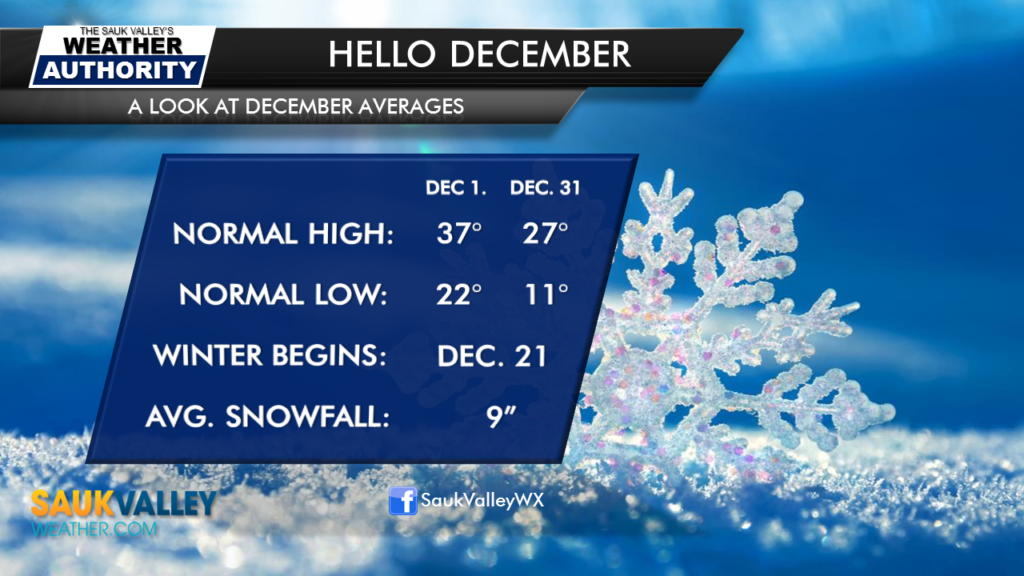 On today’s weather front there are certainly a lot of things to talk about. The pattern will be transitioning to a more active one later this weekend and especially into next week. Cloudy skies will continue to be found over the area today with temperatures holding steady in the upper 30s. There may be a few rogue light showers otherwise dry conditions are expected. We’ll keep the clouds overnight tonight with lows in the lower 30s.

Saturday may feature a brief period of sunshine early in the morning, otherwise mostly cloudy skies expected with highs in the lower 40s. 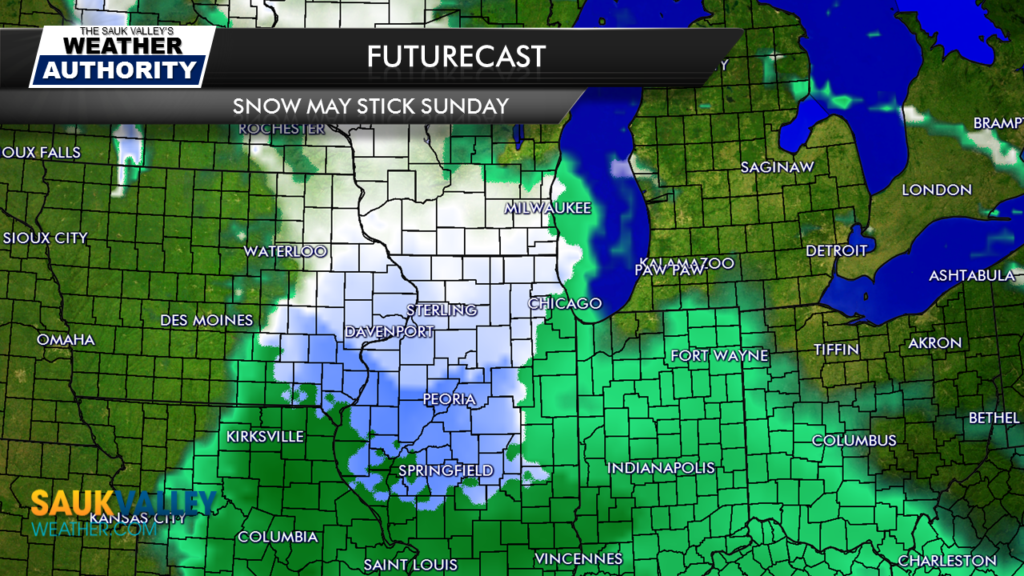 Late Saturday night and into Sunday is when our first chance for snow arrives. Initially it will be mixed with rain heading into the overnight hours of Saturday and eventually switch to snow by Sunday morning. Right now amounts look light. Given the warm nature of the ground with all of our warm temperatures lately, it will take a lot for the snow to accumulate. Right now it appears a dusting at best is likely. Most of this activity will be over by the late afternoon hours and will likely melt as warmer temperatures arrive for Monday.

Tuesday into Wednesday is the next active window to watch. A significant storm system may develop somewhere in the midwest. It’s still too early to tell what impacts it will have for us here, but a mix of rain and snow is possible along with very windy conditions. Behind this system one thing that has been consistent is bringing in the seasons coldest air mass so far. If we do manage to get some snowfall on the ground with this system, high temperatures a week from now will barely make it out of the teens. 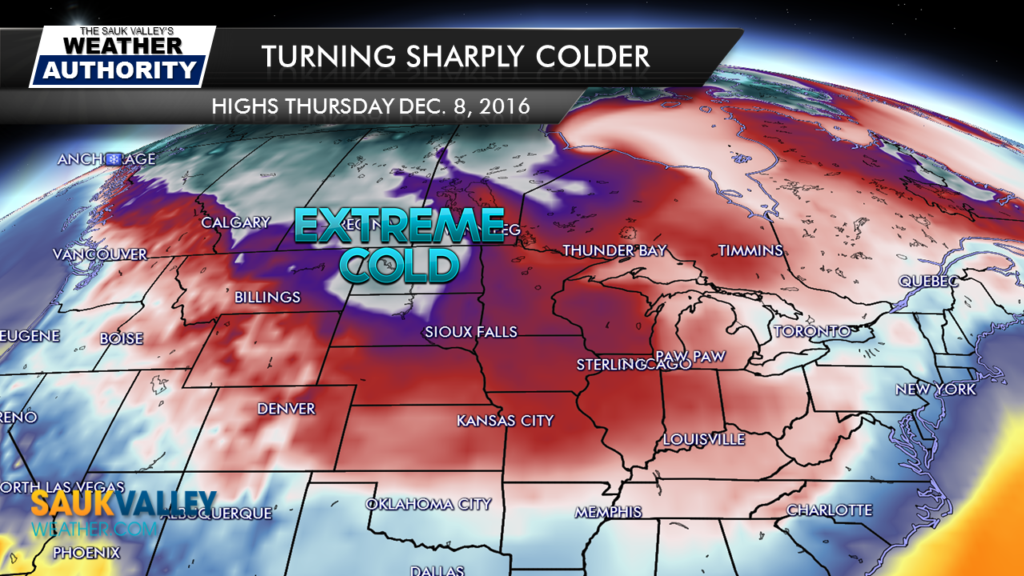 We’ll definitely keep you posted regarding any storm threats as we head into next week. 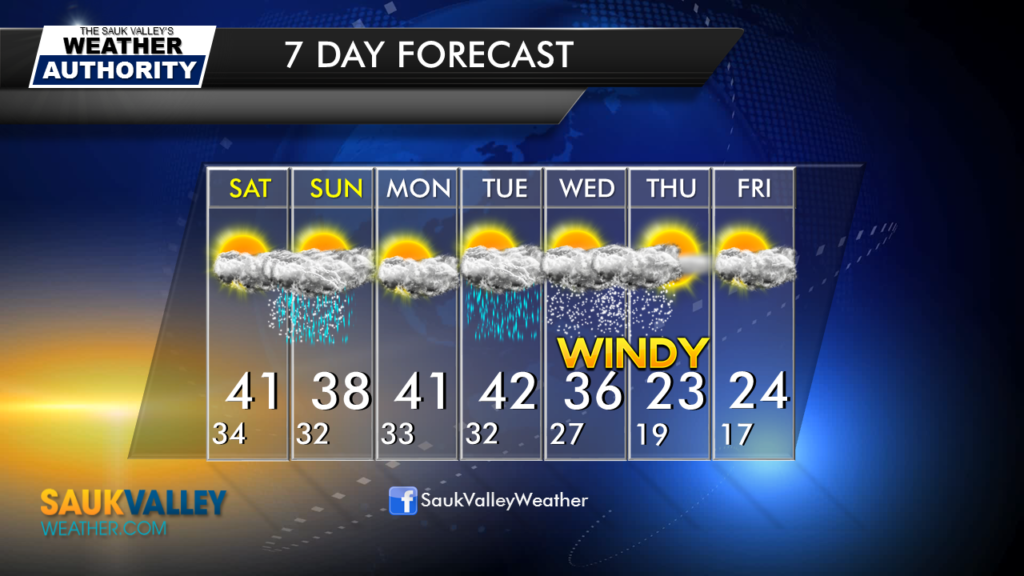 Have a great weekend! – Andrew