Moisture has been on the increase across the Sauk Valley and this combined with some instability ahead of an approaching cold front could lead to some stronger thunderstorms come later this afternoon and evening. The main threats from these storms will be large hail and damaging winds. Heavy rainfall is also possible as there is plenty of moisture present for storms to put down quite a bit of rainfall in a very short period of time. The most likely time frame for the storms is 2pm-10p.

Expect much warmer temperatures today and muggy conditions with highs in the middle ot upper 80s.

We'll cool down behind the front and also clear out the rain chances for Tuesday, but the front may be close enough to the area during the week off and on to bring occasional complexes of showers and thunderstorms into the area. The timing on these is very difficult to pin down, but several dry hours will be likely between them. Temperatures will slowly creep upward towards the end of the week. 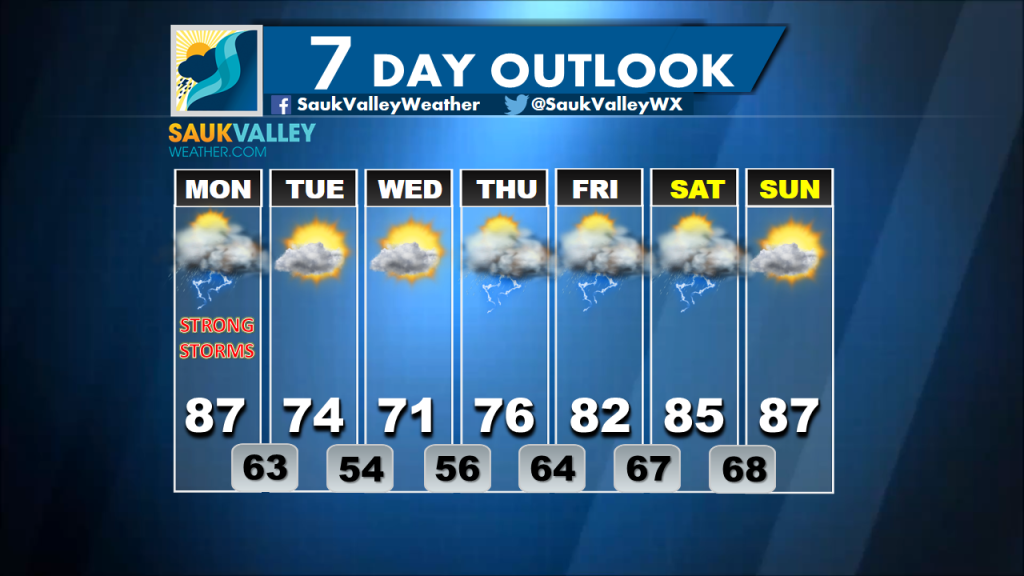