Hopefully you were able to enjoy the past weekend’s weather and especially the temperatures as it looks like we won’t be returning to the 80s anytime in the foreseeable future as we turn to a more fall-like weather pattern with northwest flow developing ushering in cooler and drier air from the north.

Scattered showers will be around the area this morning and through the early afternoon hours ahead of a cold front slowly diving southward but nothing heavy is expected as most locations should pick up around a quarter of an inch and perhaps half an inch if you experience a thunderstorm, otherwise the rain will depart the area by early afternoon however the clouds will stick around which won’t allow our temperatures to move much, only expecting highs in the middle to upper 60s.

Behind the front winds will be increasing out of the northeast and our cool down begins for Wednesday even though the sunshine returns. High temperatures will only reach the middle 60s.

For the remainder of the week it’s pretty much a carbon copy of last week, but with cooler temperatures as high pressure builds into the region keeping things dry. Highs will be in the middle 60s almost daily with partly to mostly sunny skies. The next chance for precipitation does not arrive until sometime next week. 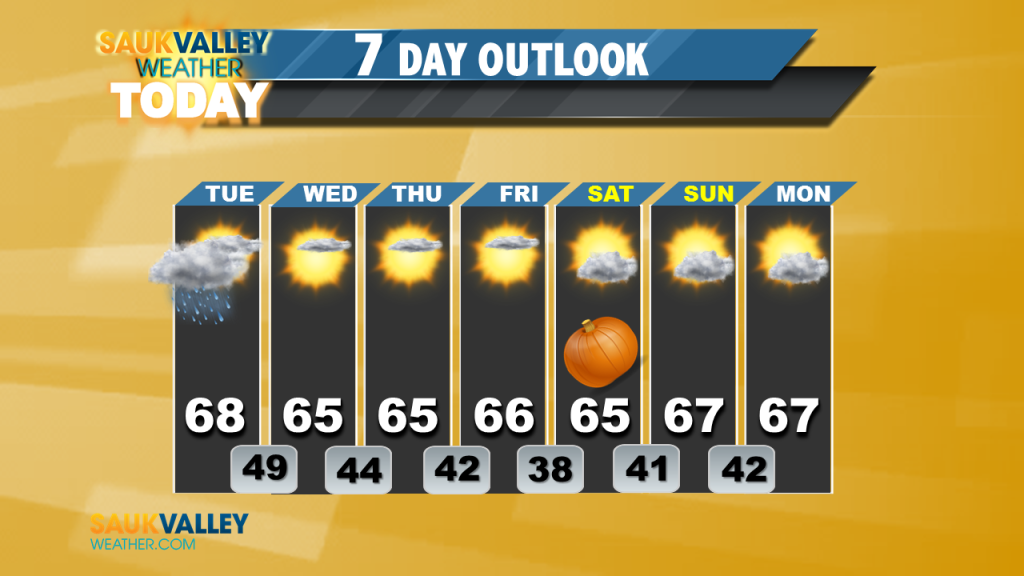