A beautiful start to 2017 as Sunday featured plenty of sunshine and mild temperatures along with light winds. Highs reached easily in the upper 30s in many locations.

Today we begin to change our weather pattern a bit as a new disturbance arrives from the west. Most of the forcing for rain generation will be to the south however scattered showers are still expected here locally as we head through the afternoon hours. Not everyone will see the shower activity as they will remain scattered throughout the day and most concentrated during the late afternoon and evening hours. Highs will be mild again in the middle to upper 30s.

Much bigger changes arrive for Tuesday as an arctic front crashes into the area during the afternoon hours sending temperatures from the 30s to the 20s with windy conditions and mostly cloudy skies. By Tuesday night temperatures will easily drop into the teens with wind chills nearing or below zero.

Wednesday through Thursday highs will remain on the cold side under partly cloudy skies. A slight warming trend is expected by next weekend. Right now very little to no chances of precipitation are expected over the next several days. 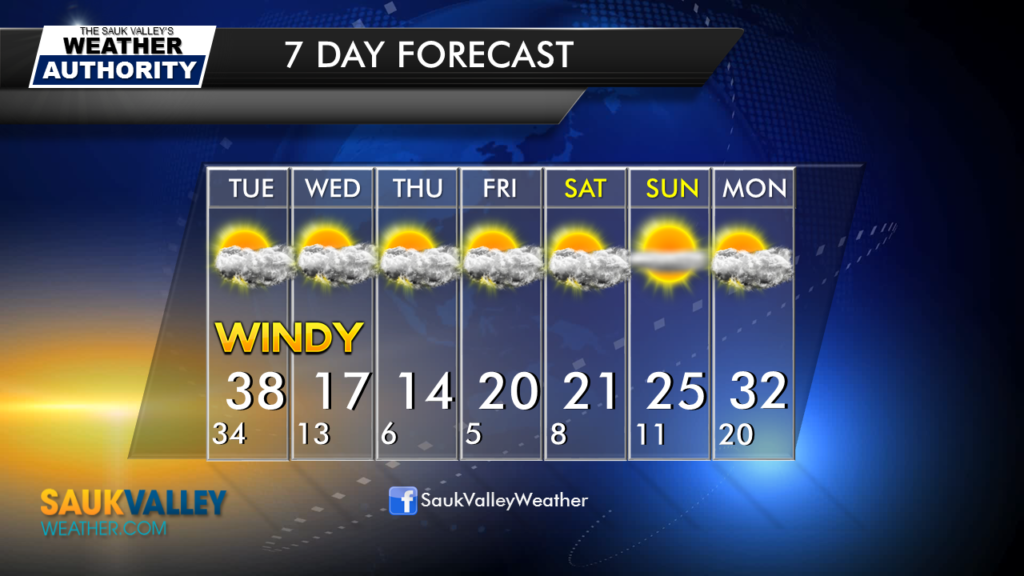