The heat and humidity is set to make a comeback and this time it appears it will stick around a bit longer compared to last week.

Today will be the last relatively comfortable day with high pressure continuing to offer low humidity levels and cooler temperatures. Mainly sunny skies can be expected for today with highs reaching the lower 80s. We’ll also enjoy a comfortable evening too with mostly clear skies continuing and lows near 60. 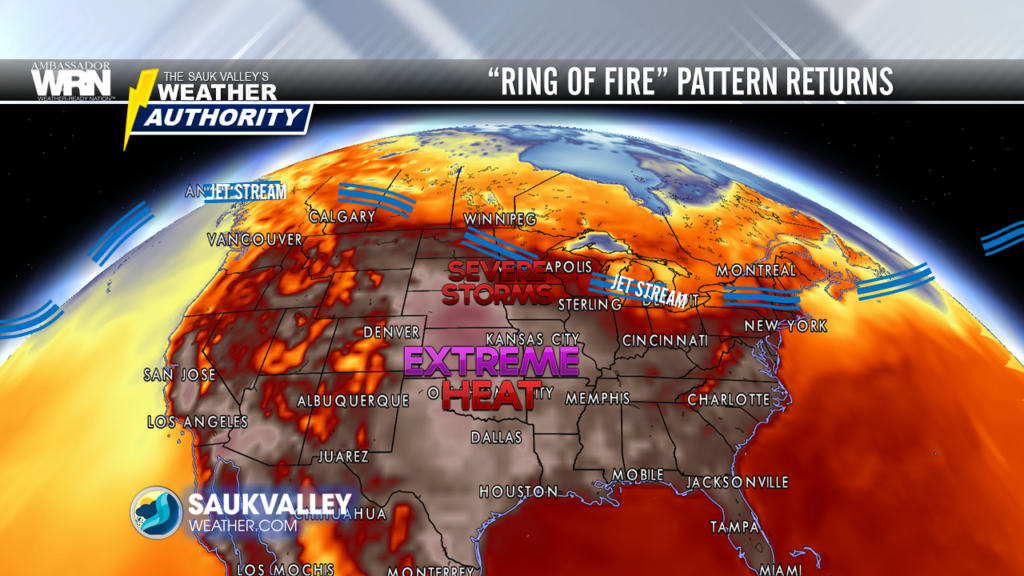 Tuesday is our day of change as high pressure moves off to the east and a southerly breeze kicks in warmer temperatures and higher humidity levels. Several states in the central plains are already under heat advisories for the next few days as widespread temperatures in the 90s and even 100s build in this region. We’ll once again be on the periphery of the extreme heat as a “ring of fire” pattern sets up again. This will be similar to last weeks pattern, though there is the chance that the more widespread storm activity may exist just to the north of the area. Either way it will be guaranteed that high levels of heat and humidity will be with us Tuesday through at least Saturday of next week.

Heat index values will begin to climb into the middle 90s by Tuesday and then over 100 by Wednesday and Thursday. 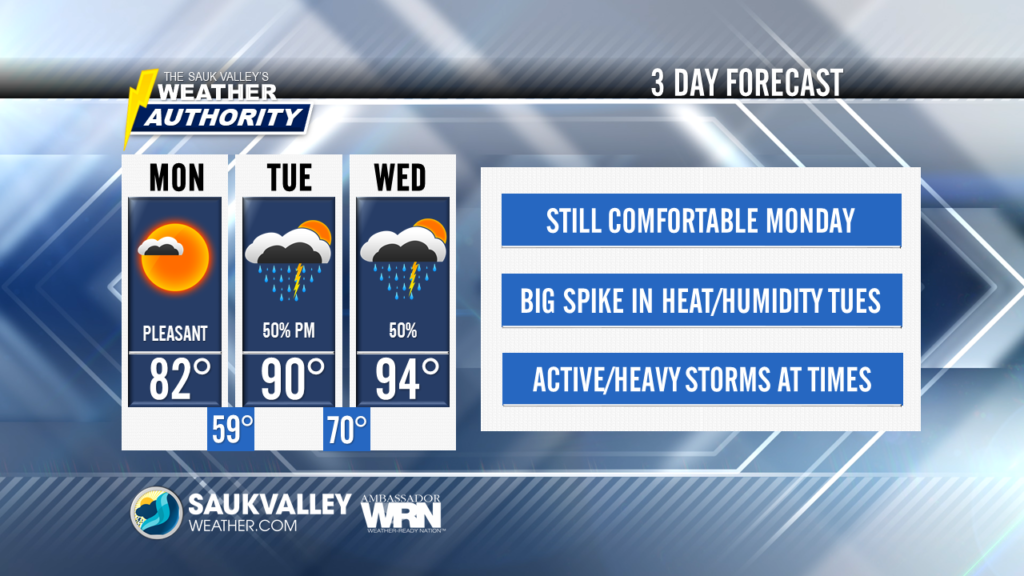 There will be several dry hours each day with chances for an occasional complex of thunderstorms moving in every now and then. Right now the timing favors the overnight and early morning hours each day beginning late Tuesday. With this kind of a pattern it is usually a given that a few severe rounds of storms will impact the region along with very heavy rainfall. Where these storm complexes setup will not be known until 12-24 hours before they arrive, as we saw last week. Just make sure and stay updated on the forecast throughout the week regarding not only the severe and heavy rain potential but also the potential for excessive heat.