The storm system responsible for the heavy rainfall over the past couple of days continues to move off to the east leaving in it’s wake sunshine and much cooler temperatures.

First, yesterday’s rainfall totals as seen on the radar estimated rainfall graphic. Many areas locally picked up over two inches of rainfall while just off to the north near Milledgeville and Chadwick, those areas received over four inches of rainfall. With a September total of almost 5.50″ we are now at a surplus for the month of September when we compare that number to what we typically see for the month.

Now that the rainfall has departed, the sunshine will return today along with gusty northwest winds helping to keep temperatures down into the upper 60s.

The cooler pattern will stick around for a few days as temperatures slowly warm a degree or two each day. No major chances of precipitation through much of next week either as we enter another long stretch of dry conditions which I know the area farmers will appreciate as they gear up for the fall harvest in the next several weeks. 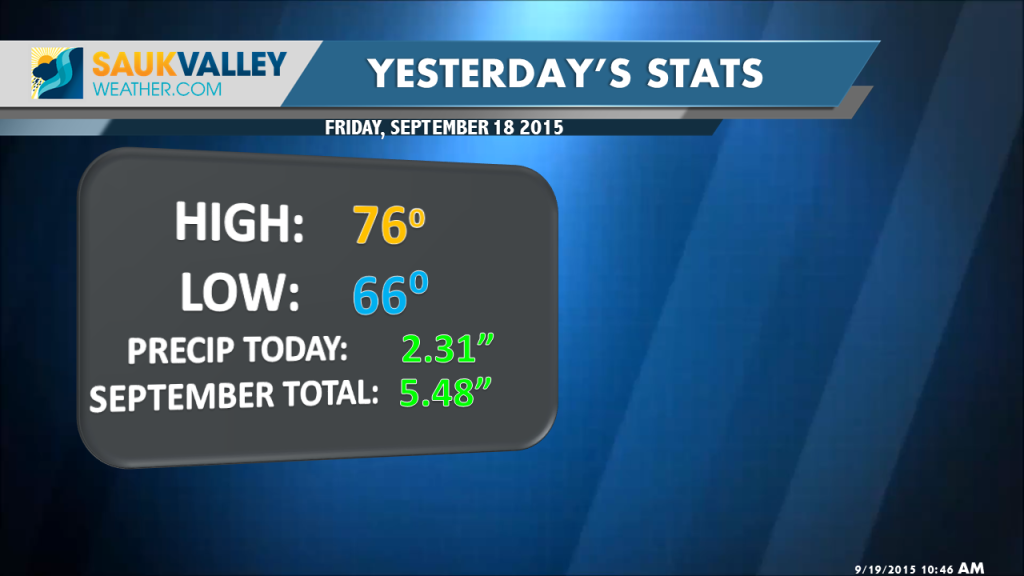