The first day of meteorological winter is less than a week away which got me to thinking about the different types of precipitation we’re likely to experience in the coming weeks.

Are atmospheric profile can be a dynamic one at times but critical temperatures at varying levels can mean the difference between an ice storm or just plain old rain. 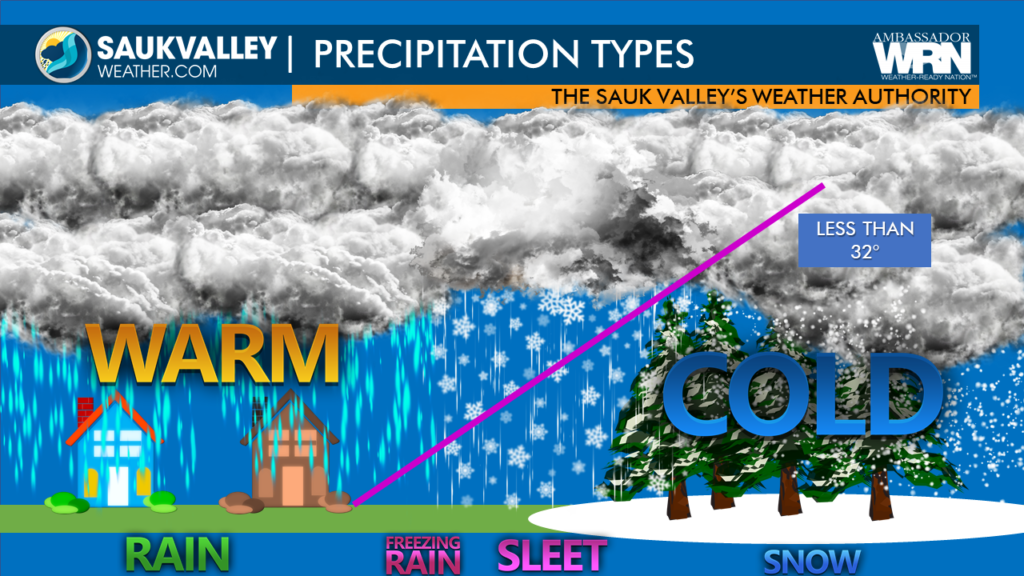 Sleet occurs when a snowflake falls through a thin layer of warmer air within the atmosphere and warms a bit before refreezing near the surface as it enters a small colder pocket of air.

Freezing rain involves a much warmer pocket of warmer air just above the surface, while the surface itself remains below freezing. Often times elevated surfaces will be the ones to glaze over first as cooling becomes more efficient making those objects colder than other surfaces such as streets and grass.

In the end, the precipitation type really depends on the depth of the cold air vs warm air. Icing events typically occur after a prolonged cold spell that features several days with temperatures well below freezing. Often times a much warmer airmass will try to move in aloft while the surface remains below freezing. This can also be caused by a considerable amount of snow on the ground, too, which is often the case here.

Forecasting winter ice events can be quite challenging as models can have difficulty predicting just how much cold air remains at the surface while the atmosphere above us warms, and vice versa.