Tuesday’s storms brought another round of neat features to look at including shelf clouds! Check out these shots!

Here’s a look at some of the Doppler radar estimated rainfall totals from Tuesday.

Today will mark the final relatively comfortable day for a while with another wave of heat and humidity set to move in by Thursday. Mostly to partly cloudy skies on tap by this afternoon with highs near 80.

Humidity will really be on the rise by Thursday afternoon reaching oppressive levels as highs reach the upper 80s. Heat advisory headlines will likely be issued, especially for Friday and into the first part of the upcoming weekend. Highs well into the 90s Friday will yield heat index values of 104° to 108° at times. Plan ahead if you need to be outdoors for prolonged periods of time over the next several days. 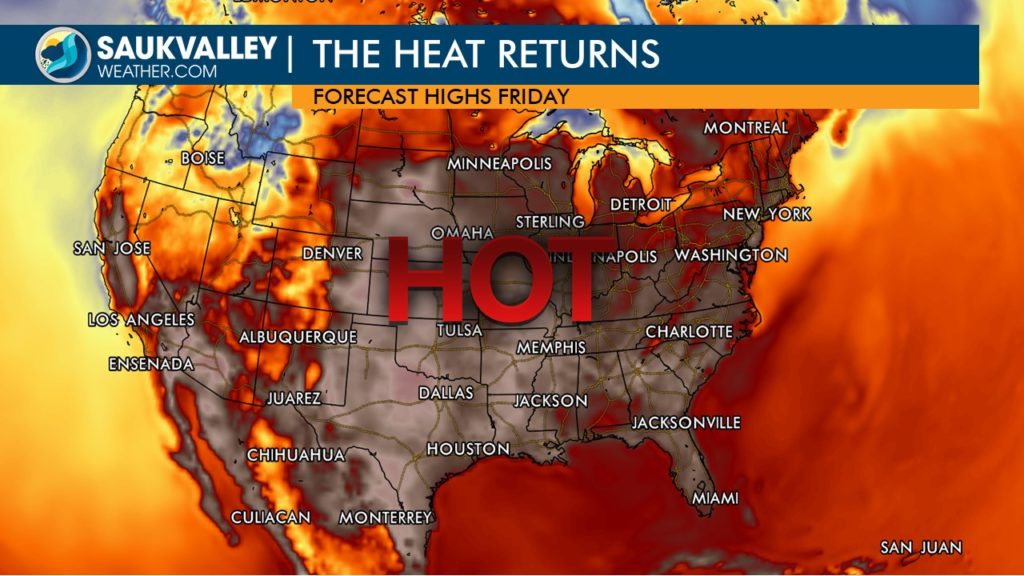