A stalled out stationary boundary that really had us optimistic for much needed rainfall fell short of expectations early Thursday morning as the front oriented itself in a not so favorable position towards our area. Instead more heavier rains fell just mere miles of the Sauk Valley area with rainfall totals of 3 to 6 inches common just to our immediate west near the Quad Cities. Here’s a look at the Doppler radar estimated rainfall totals for late Wednesday night into Thursday morning. 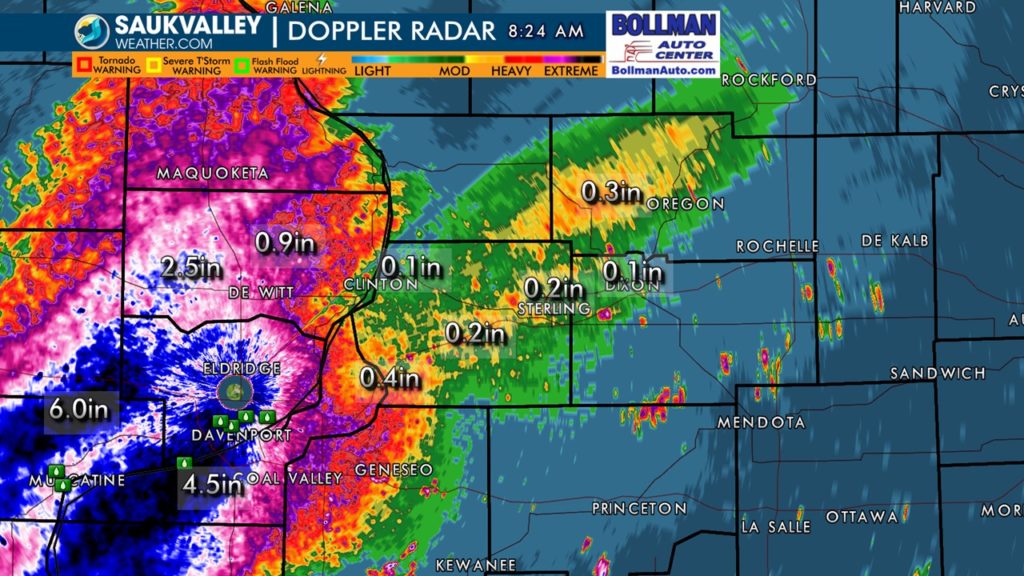 Autumn begins today just shortly after 3pm this afternoon though we wouldn’t be able to feel it with the temperatures forecast today.

The stationary boundary has retreated well to the north which will continue to bathe the area in much above average temperatures and plenty of humidity, too. Most of us likely heading for the lower 90s again this afternoon with peak heat index values in the middle 90s during the afternoon hours.

Through the extended period the heat and humidity will be around through at least Tuesday before a weak boundary moves in and knocks our temperatures back down to more seasonal levels. This front as of right now only holds a small chance of precipitation as the more significant forcing may head to the north of the area.