The National Weather Service in the Quad Cities surveyed the damage in Milledegeville on Wednesday afternoon and is estimating straight-line winds up to 100 MPH tore through the town causing significant damage Tuesday evening.

A complex of severe thunderstorms that were part of a very strong cold front working through parts of Iowa raced eastward into western Illinois around 3pm Tuesday. These storms produced winds that were estimated to be as high as 100 MPH near Rock Island where significant tree and power line damage was observed.

As the storms continued to race northeast as fast as 60 MPH at times, more wind damage was observed in Milledgeville where several trees were knocked over and parts of a grain bin were strewn across a set of railroad tracks.

The same storm system went on to produce further damage in parts of the Chicago suburbs Tuesday evening. At this time no injuries have been reported. 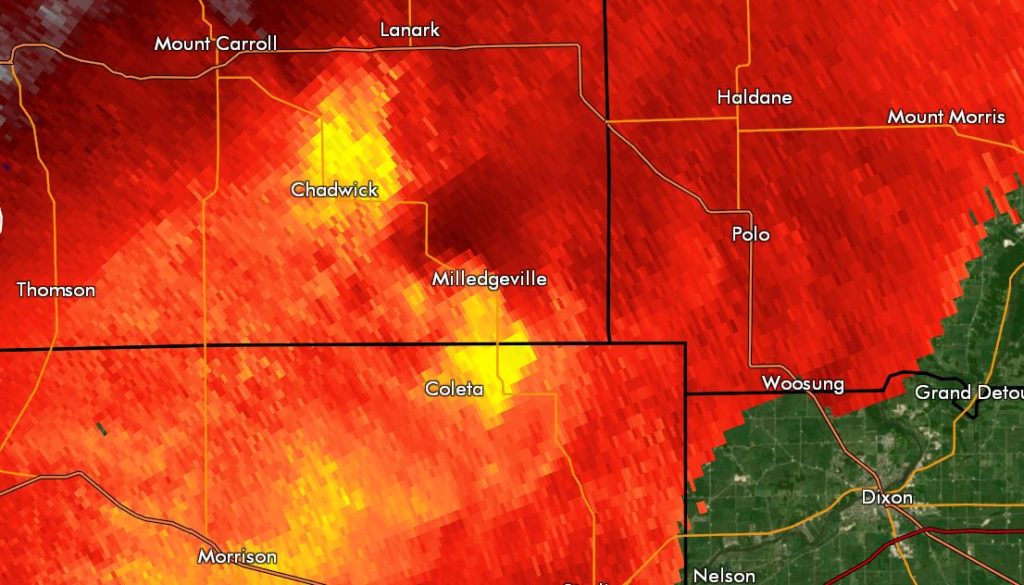 Here are a few of the storm reports from Tuesday evening.