WHAT: A minor snowfall event is likely as we enter the second half of this weekend that will precede a much stronger storm system set to arrive late Monday into Tuesday.

WHEN: Areas of light snow will break out just before noon continuing until Sunday evening. This will be a light/fluffy type of snowfall which will make shoveling a bit easier compared to the recent heavier events.

SNOWFALL: At least one inch is likely area-wide. Pockets of two inches or more are also likely in some areas which will be refined in a later update. At this time it appears any four inch amounts will remain isolated and therefore have a low probability of occurring.

WINDS: Winds with this system will remain light, limiting any blowing or drifting snow.

IMPACTS: Travel will become challenging at times with some snow-covered roadways likely, especially on secondary roads.Temperatures will hold in the middle to upper 20s which will make road salt quite effective.

We’ll continue to monitor new data as this storm becomes better sampled and provide constant updates throughout the weekend. 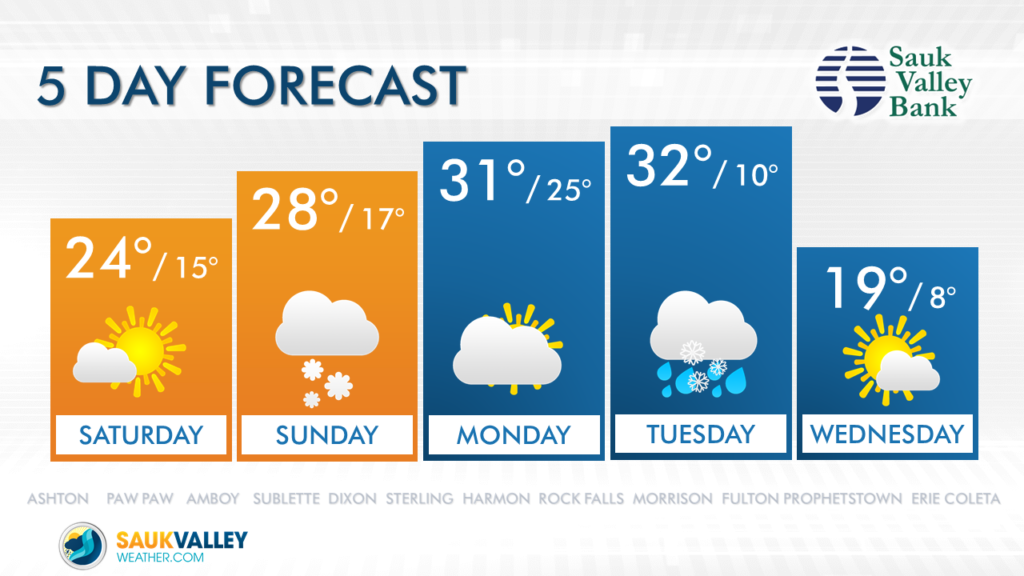