We finally got a break from the heavy rainfall yesterday even though we had to deal with an increase in cloud cover. Still though not a bad day as highs made it to 80 degrees. We will be bringing the rain chances back into the forecast however it won’t be until late tonight and into Saturday that we’ll see the bulk of the showers and storms. See how the rest of the weekend is shaping up in your latest forecast. Have a great weekend!

Rain, rain, go away! That it did yesterday afternoon but extensive cloudiness remained. Still though at least we were dry and temperatures remained seasonal as highs topped out near 80 degrees. We’ll continue with more clouds today but manage to hold off any rain chances until later tonight as a disturbance approaches the area. If you still need to cut the grass after the recent heavy rains today is your best day to get that accomplished as our extended forecast period will be muddled with scattered chances for storms on and off. Skies will remain dry this afternoon though with just more in the way of cloud cover. Temperatures should manage to reach similar levels to yesterday, right near 80 degrees. 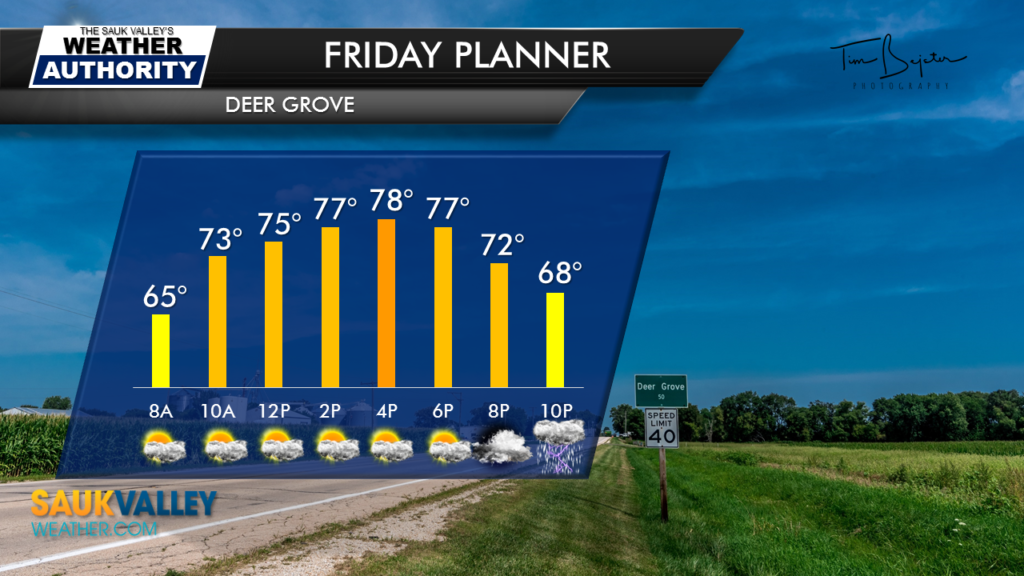 Tonight the evening looks quiet but as we approach midnight chances for showers and thunderstorms will be increasing as more moisture arrives from the south. Severe weather risks remain low but a strong storm could produce gusty winds and heavy rainfall especially.

Our rain and storm chances will continue into Saturday as an area of low pressure in the plain states approaches the area along with a warm front. Severe risks again look low but heavy rainfall is again possible. Highs will remain near 80 degrees.

By Sunday the disturbance moves off to the east but plenty of instability will remain along with more moisture and warmer temperatures which could lead to scattered thunderstorms from time to time but the coverage WILL be scattered. Highs will peak in the middle 80s.

Warmer temperatures continue next week with periodic chances for showers and storms. Our weather pattern is also contingent on what happens with the tropical disturbance down in the Caribbean. Stay tuned on this one! 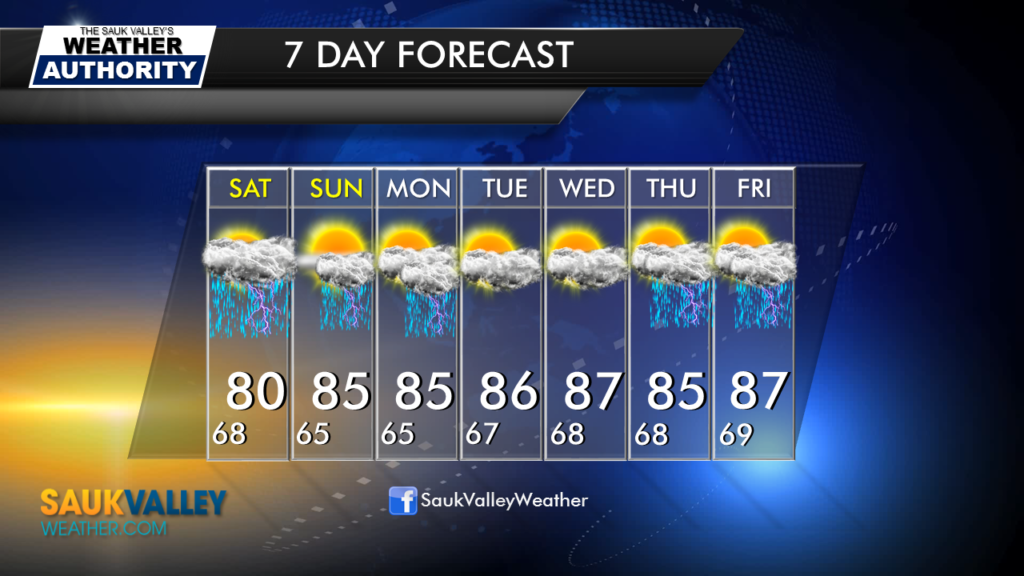