After a beautiful Friday our weekend unfortunately wasn’t nearly as nice with rain widespread throughout the area. This rain is welcome though as normally in the month of March we pick up close to two and a half inches of rain. So far this month we picked up just under an inch and a quarter, so the rain isn’t a bad thing! 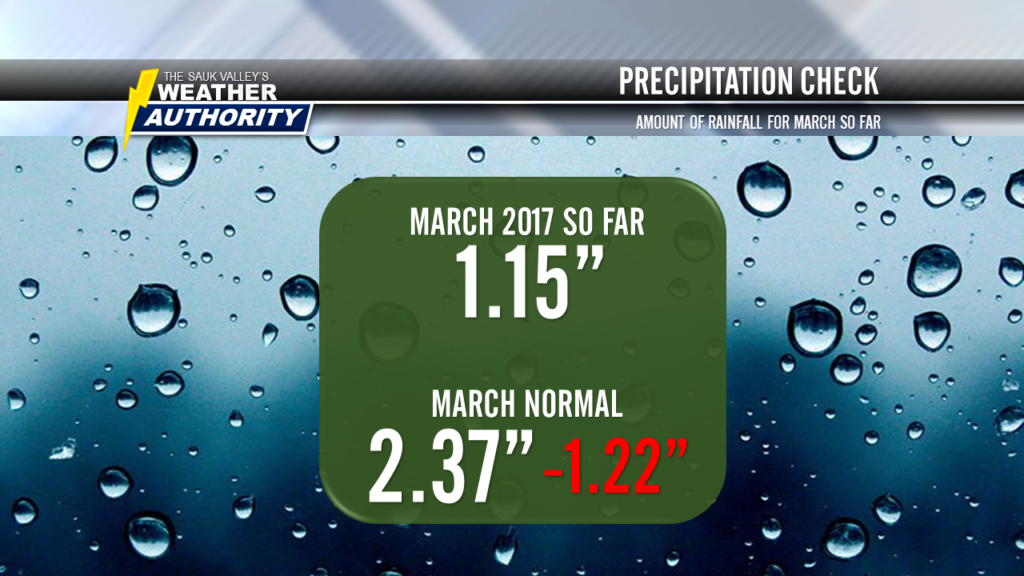 Our pattern will remain active for the week ahead with a series of storm systems arriving from the pacific. Another area of low pressure fast on the heels of this weekend’s system will quickly move just to our south by this afternoon producing another round of light rain showers shortly after the noon hour. The light rain will likely persist through the early evening before tapering off. Temperatures will continue to be on the mid side with middle 50s likely again today.

We’ll get a brief break on Tuesday and Wednesday before another storm system moves in and takes a similar path to the previous system from this weekend. Before it arrives, plenty of clouds will be found over the area both days so don’t expect much in the way of sunshine this week. Rain chances will begin increasing by Wednesday evening and continue into Thursday.

We’ve had a lull in the severe weather department lately as all the dynamics needed for severe storms have been shoved well to the south of the area across portions of downstate Missouri and into Oklahoma. This week the threats will remain to the south of the area. However, we are only days away from entering some of the most active months in terms of severe weather occurrences for our area, climatologically speaking. April, May and June prove to be the bigger months for tornadoes before we transition to a higher frequency of damaging winds by June, July and August. The current pattern does not remain conductive to severe storms here locally, but its only a matter of time before we see a pattern change that is more supportive of severe weather events locally.