“Novanuary” has arrived (at least that is the new name I am giving this month as we went from 60s before the winter storm to 8+” of snow and temperatures of zero degrees in just a few days time). It sure has been a wild ride over the last few days with some impressive snowfall totals coming out of extreme northern Illinois and southern Wisconsin with totals of 16″ seen in a couple spots! Very impressive for not only our first winter storm system but the first snow of the season!

Warmer temperatures are arriving thanks in part to a return to southwesterly flow aloft bringing in warmer temperatures just above the surface. If we didn’t have the snow-pack on the ground highs would easily be in the 50s but instead we experience the 30s.

Our next storm system is set to move through the area late Wednesday into Thanksgiving Day and thankfully we are going to be on the warm side this time around with all of the precipitation expected to be rain. We could actually see quite a bit of rain, up to an inch in spots by the time everything is said and done by Friday morning.

After this system moves out cooler temperatures can be expected heading into the weekend, staying dry on Saturday but another system making it’s way into the area for Sunday. Right now solutions are mixed as to what type of precipitation will be thrown at us but as of right now a mix of rain and snow appears possible. This will be refined in later forecasts. 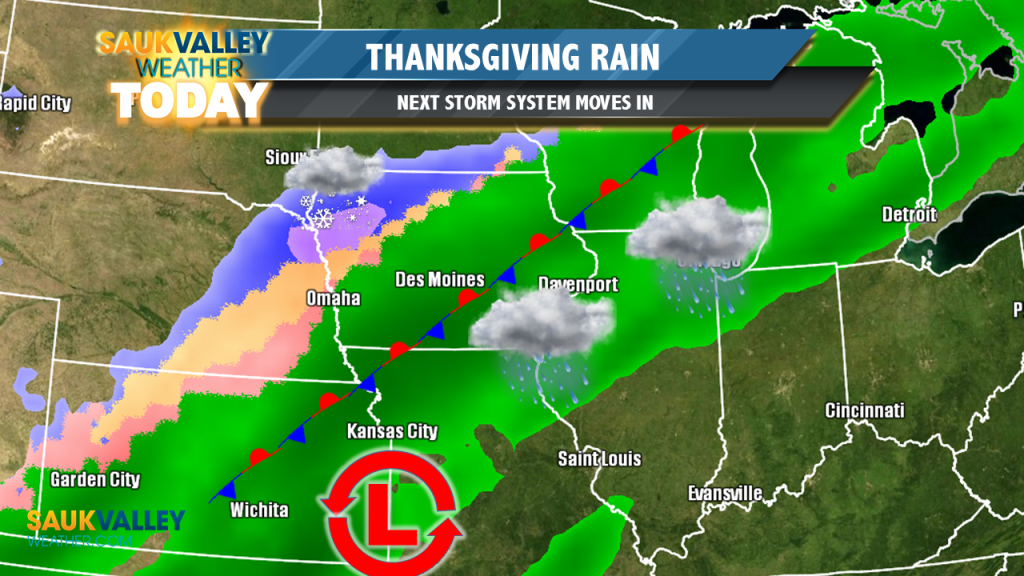 If you will be traveling for the holiday here is a look at some regional conditions for Wednesday.

Here is a national forecast for select cities for Thanksgiving Day. 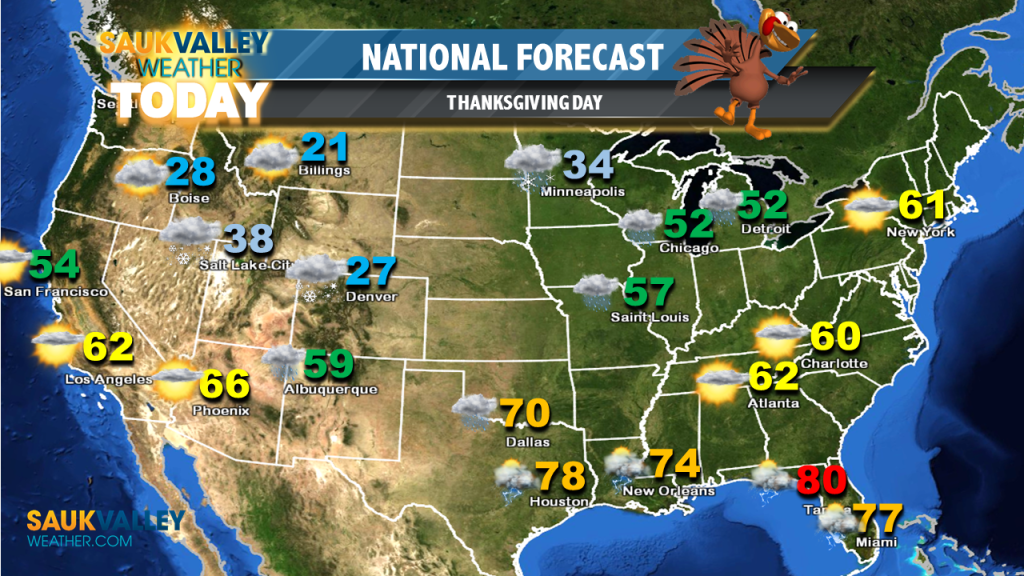 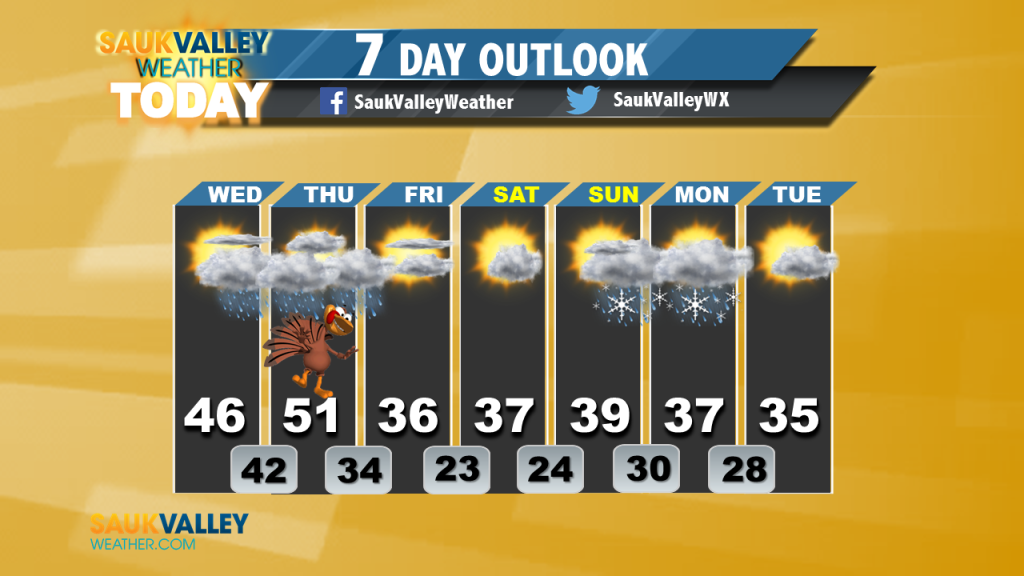 Today: A mix of sun and clouds, continued warmer. High: 41

Friday: A few showers in the morning followed by mainly cloudy skies in the afternoon. Cooler. High: 36