Isolated shower and thunderstorm chances will continue to be a part of our forecast for the next day or two as upper level disturbances continue to traverse the area from the northwest. Expect coverage for these to be maximized during the late afternoon and evening hours before diminishing in coverage overnight. Not everyone will see these, but if you are caught under one expect a brief period of heavy rainfall, perhaps some small hail, and lightning.

Temperatures through the short term will remain mild, with highs near 80 degrees through Wednesday.

Rain chances will be ending by late Wednesday as we increase the sunshine for Thursday with slightly cooler temperatures in the middle 70s.

For the upcoming holiday weekend, so far Saturday is looking mainly dry with just an outside chance of a shower or storm, but nothing big enough to include in the forecast just yet. We’ll fine tune that over the coming days.

Wanted to share an amazing statistic with you…and it should come as no surprise at all. This June has been the wettest ever when it comes to average statewide rainfall amounts. The average has pushed well over 8″, in fact approaching 9″ which is quite impressive. You can see how this year compares to the other top years, one being not too long ago (2010). Record keeping for this statistic began all the way back in 1895…120 years worth of record keeping! We’ll go over the local climate summary for June on Thursday’s broadcast. 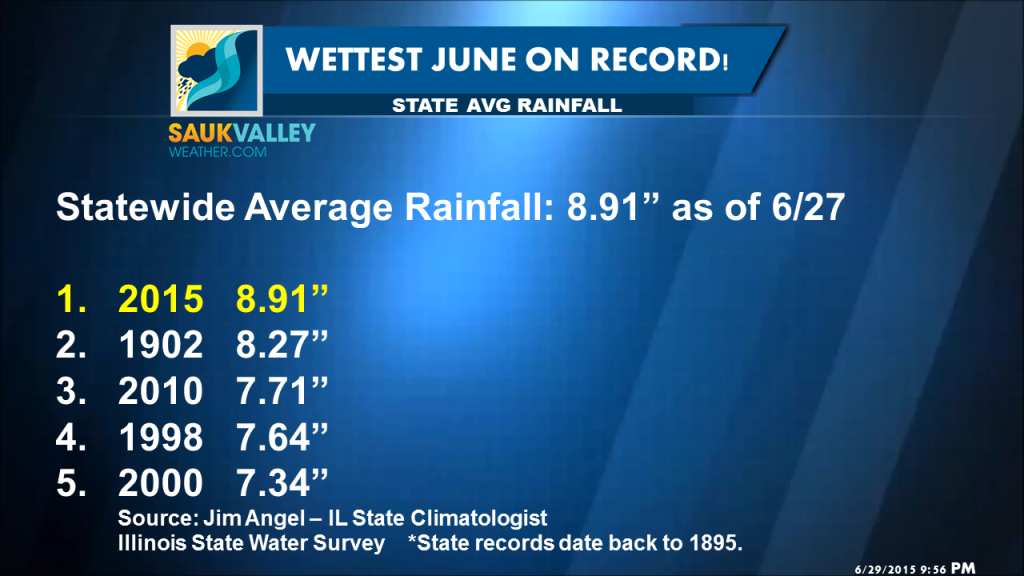