While our past weekend was a bit on the warm side, it appears the expanding dome of heat that has been sitting in the central plains for much of this week will begin easing eastward towards the local area allowing our temperatures to likely climb to the highest levels we have seen in 2017 so far. We will have another nice two days before the heat arrives, however chances for rain through the next several days appear to be quite low, so if you haven't started watering your plants/gardens yet, you'll want to by today.

A strong ridge of high pressure will set up shop to the southwest of the area allowing much warmer temperatures to inundate the area this weekend. The heat will commence on Saturday with an extremely windy day (gusts close to if not over 40 MPH appear likely) with mainly sunny skies. Several more days in the 90s through the beginning of next week look likely.

More humid conditions will be arriving by Monday sending heat index values well into the middle to upper 90s. 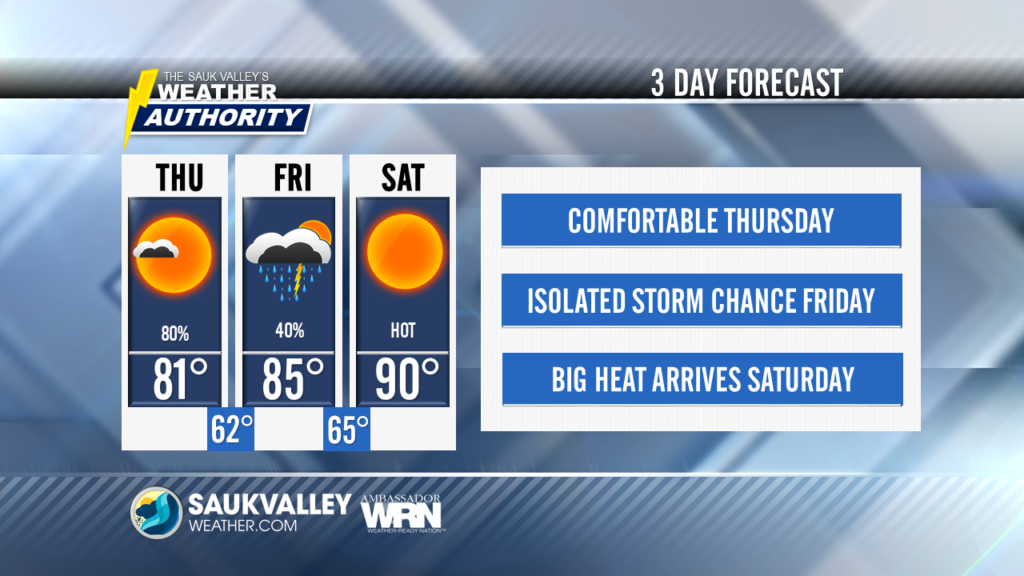 The only rain chance in the next 5 or so days will be this Friday, however forcing with this system is weak and only isolated to scattered coverage of storms appears likely.

Once the heat is on the move towards the middle of next week we will likely transition into a more active pattern bringing in more chances for showers and storms. Until then, stay cool!