Another beautiful cool and comfortable day is expected across the Sauk Valley as the showers from last night have moved well off to the east. Winds will be out of the north which will continue to usher in a refreshingly cool air mass that will last into much of the upcoming weekend. Dry conditions are expected throughout the entire period but a noticeable increase in cloud cover will be seen both Saturday and Sunday as an area of low pressure rides along a stationary boundary that will be situated to the south of us in central Illinois. This boundary will serve as the focal point for showers and storms this weekend however it appears it will remain far enough to the south that we can expect dry conditions, so don’t cancel those outdoor plans! Just a noticeable increase in clouds is expected.

Don’t forget the sunscreen though as the sun remains strong and sunburn can even occur under cloudy conditions. Expect highs to continue in the 70s all weekend long. 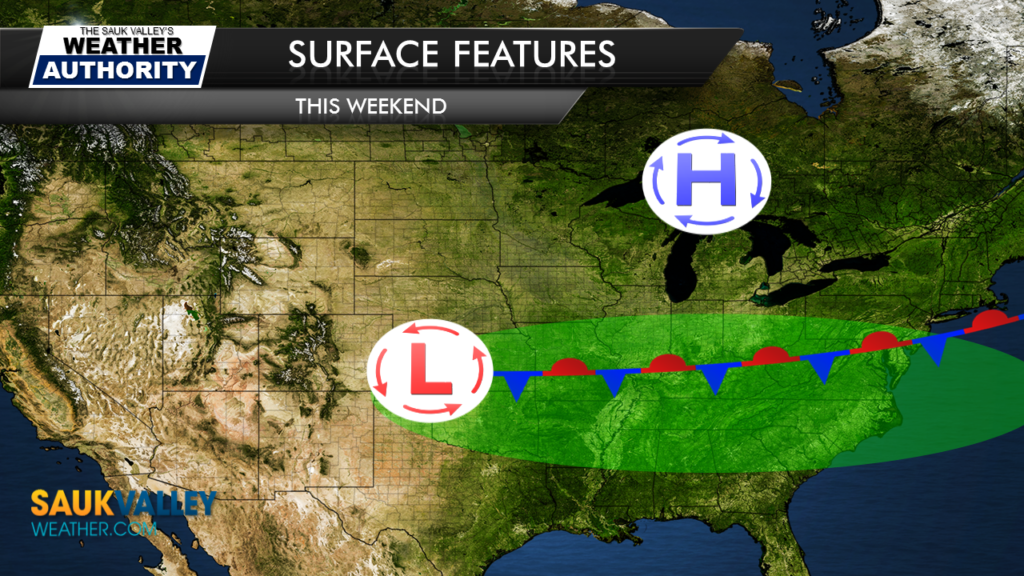 Next week heat and humidity looks to make a resurgence into the area by Wednesday with temperatures returning to near 90 degrees. We’ll see periodic chances for thunderstorm complexes from time to time but nothing too specific standing out at this point until late next week.

Heading out to the fireworks display tonight? Here’s an hour by hour breakdown of the forecast. Looks great! 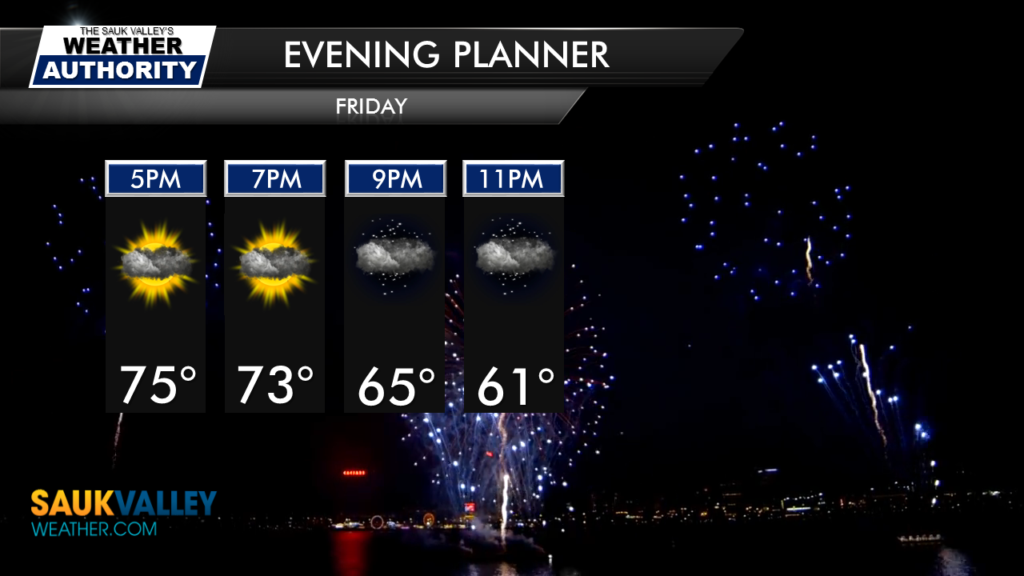 SATURDAY: Partly sunny in the morning with more clouds later in the day. Highs in the middle 70s.

4TH OF JULY: Sunshine returns with a few clouds. Warmer. Highs near 80.