We dodged quite a bullet last night as the heaviest precipitation stayed to the south and west of the area thanks to the complex of showers and storms that moved through later in the afternoon robbing the available instability needed. Most locations last night picked up under a half inch of new rainfall, which is certainly good news as things could have been a lot worse.

We’re finally going to transition this active pattern that we have been under for several days into a northwest flow pattern, which means the deeper moisture will get shunted to the south of the area and our temperatures will remain cooler as well. Along with the lower moisture comes a lowered severe risk as well, thank goodness!

We won’t remain completely dry in this pattern however as disturbances will shuttle down through the area from time to time bringing chances of showers and thunderstorms. Best chances remain later in the day after we get some heating at the surface. As of right now, nothing heavy or severe in the forecast through the upcoming weekend, so if you’ll be out and about enjoying some of the activities like Rock Falls Summer Splash or the River Chase, just bring along an umbrella and you should be good to go!

FRIDAY: Mainly cloudy with increasing chances for showers and thunderstorms later in the day on a scattered basis. Highs in the lower 70s.

Have a great Thursday! 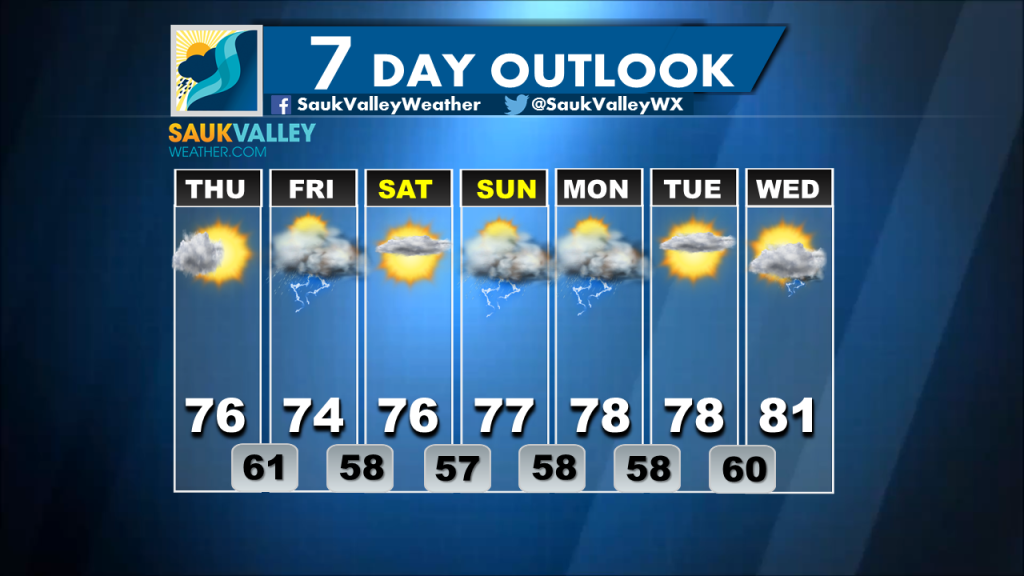 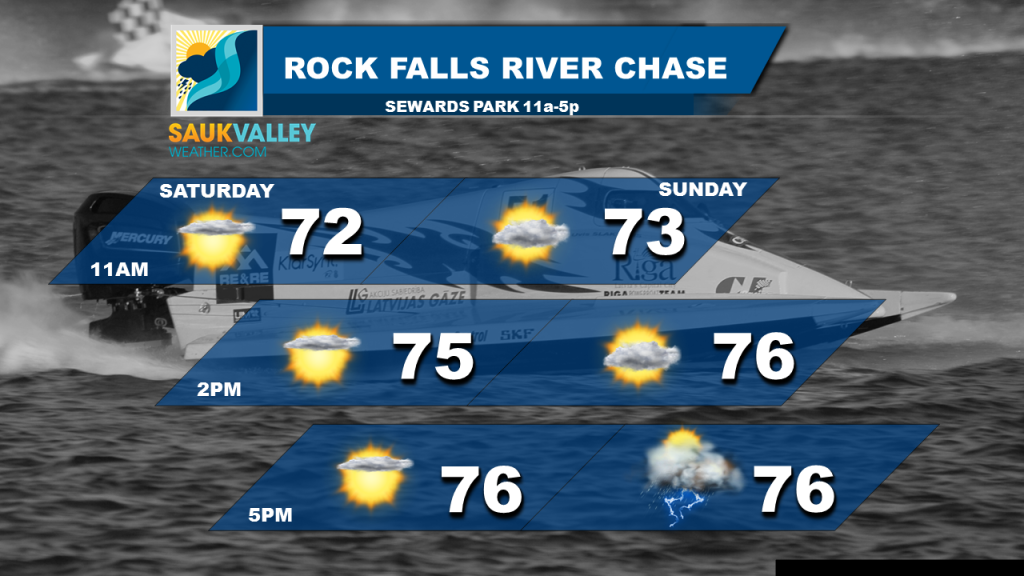