After several days of below normal temperatures for most of last week this week has been a complete 180 so far as the late summer heat and humidity has made a return to the area. Temperatures yesterday managed to make it into the middle 80s for highs but with the added moisture it really felt more like the lower 90s.

With the increased moisture at the surface and the light winds some patchy fog remains a possibility for early this morning in spots, but it will quickly dissipate by the late morning hours allowing for sunshine to return. We’ll be a touch warmer today compared to Monday with highs reaching the upper 80s and heat index values in the middle 90s. Unfortunately there will not be much of a breeze to take advantage of either so make sure if you are going to be outdoors for long periods of time that you drink plenty of water and take frequent breaks in the shade.

While there is a very small chance that a late afternoon shower or thunderstorm could develop during the heating of the day with minor disturbances near the area, the chance isn’t great enough to put into the forecast at this time.

Temperatures will continue to be very warm and humid through the remainder of the week but dry conditions will persist.

As for any relief a cold front is forecast to approach the area as we get closer to Labor Day. We’ll refine the timing of this front as the week progresses.

Have a great Tuesday. 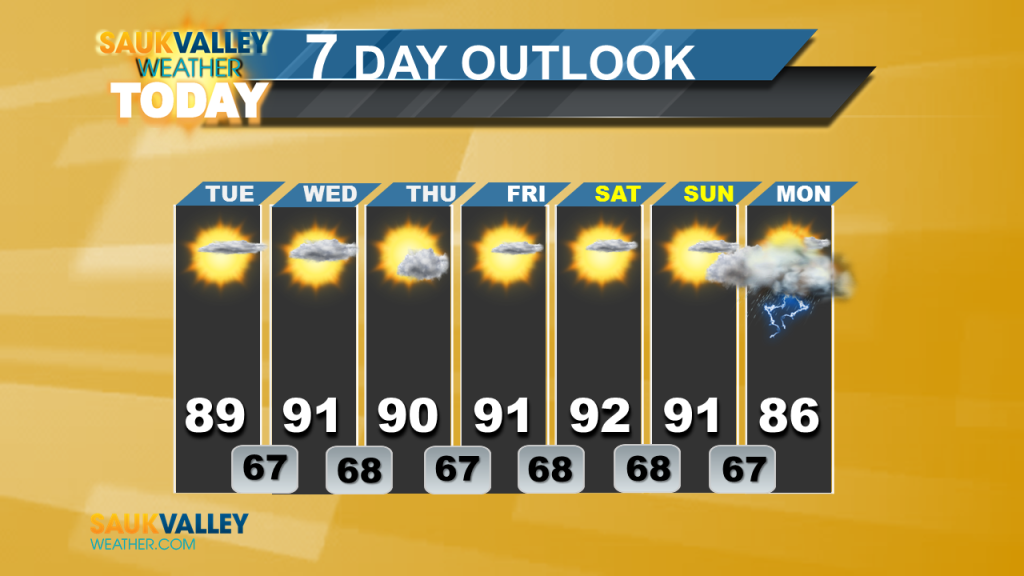 A LOOK BACK AT SOME AUGUST TEMPERATURE/PRECIP DATA 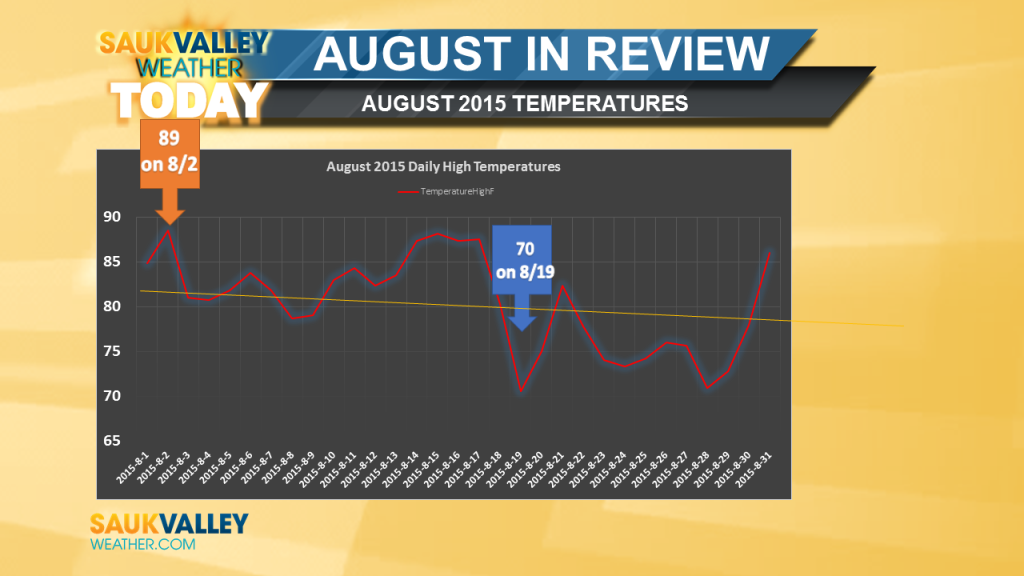 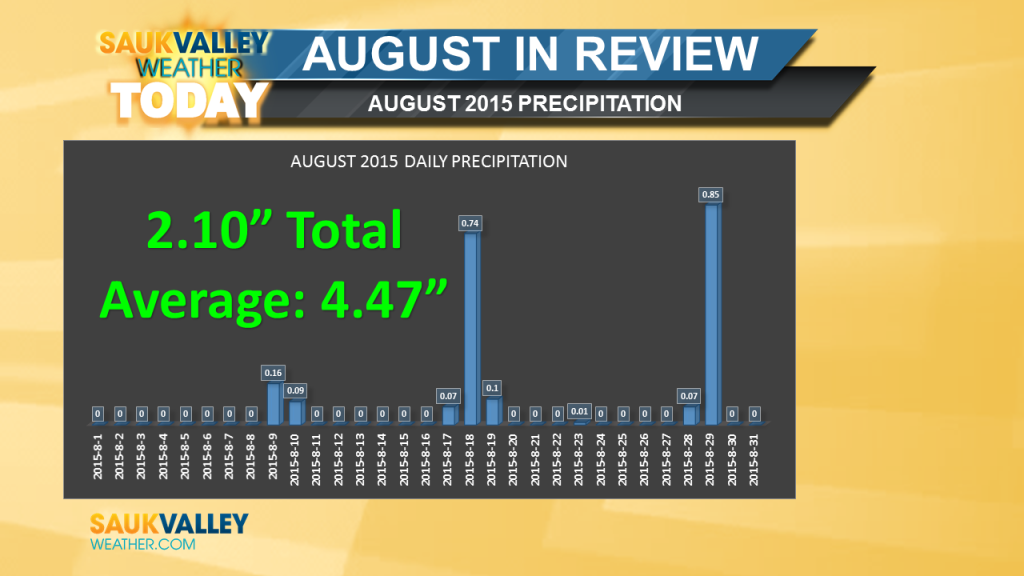