Hope everyone had a great weekend! Just a quick update regarding the strong storm system expected for Tuesday.

Guidance this evening continues to suggest that the heaviest snowfall totals will remain west of the area with localized amounts up to an inch possible here. The track of the low can still change a bit over the next 24 hours, but the consistent trend of keeping the heaviest snow to the west has been holding so far.

For Monday we’ll have periods of clouds and sunshine at times with mild temperatures continuing. Highs will be in the lower 40s with light winds. 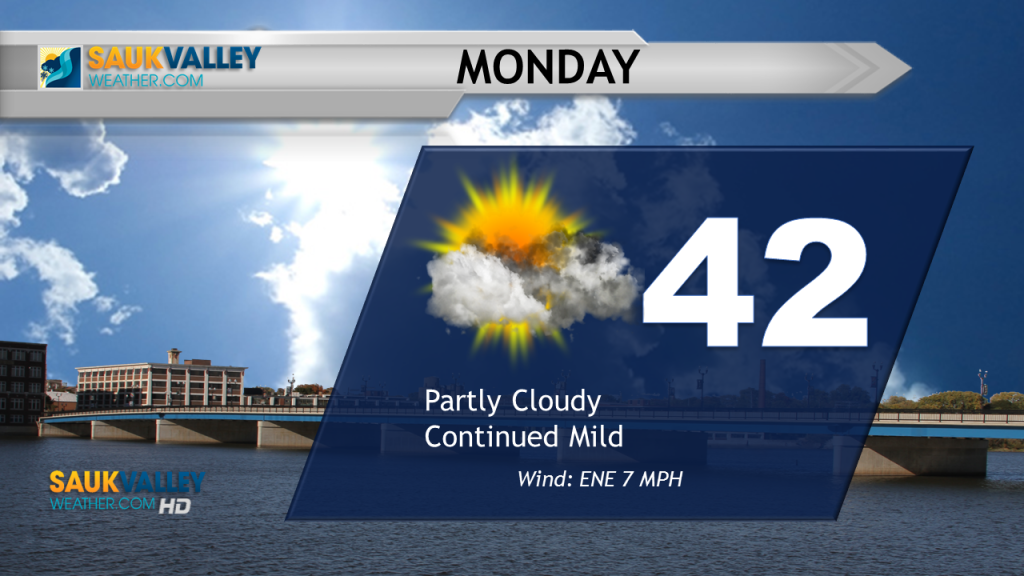 By Monday evening the winds will begin to increase greatly in response to the developing storm system in the plains. While most of the evening should be dry, a rain/snow mix is possible towards Monday morning, with locations further to the north more likely to experience rain/snow/sleet while further south precipitation should remain all liquid. The ice threat with this system is extremely low because of our recent stretch of warmer temperatures which prevents a cold layer from forming here at the surface along with our general lack of snowfall on the ground presently. After this temperatures will begin to quickly warm above freezing switching the precipitation to all rain for the rest of the morning and afternoon hours Tuesday. A rumble of thunder or two isn’t out of the question by Tuesday afternoon. Winds will continue to increase out of the northeast through the morning hours with gusts over 30 MPH likely through the late morning and afternoon.

The area of low pressure will move very close to if not directly overhead by early Tuesday evening allowing winds to relax somewhat. Rain should begin to break up in coverage by this time. As the low continues to depart through the overnight hours winds will pick up again behind the system for Wednesday with falling temperatures. A brief period of snow is possible behind the system very early Wednesday morning but no major accumulations are expected. Under an inch for most places if that. 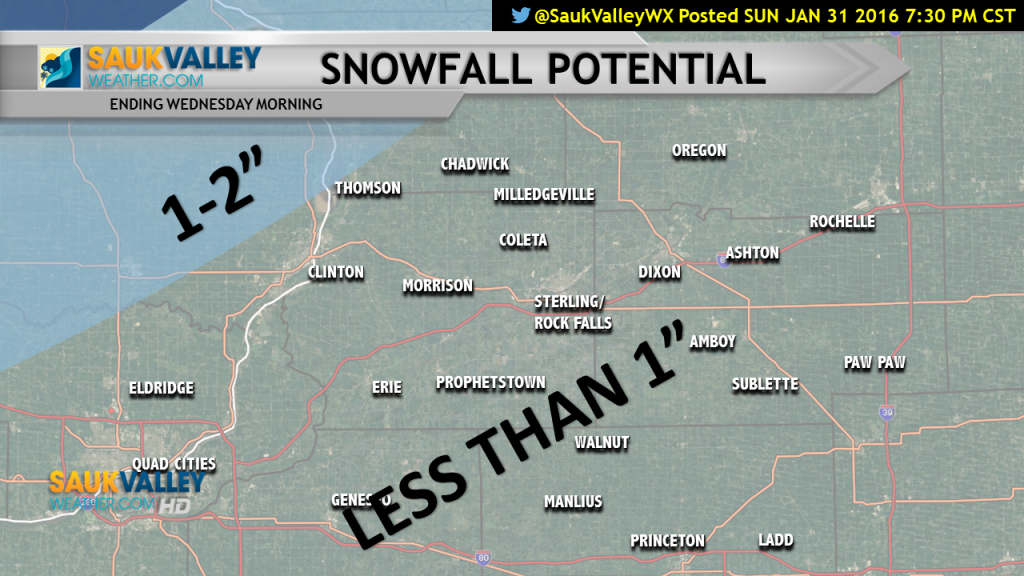 Bottom line: The main consensus continues to be heavier snowfall totals to the west of the area out in portions of Iowa with less than an inch here locally. Rain will be likely for much of the day Tuesday with perhaps a brief rain/snow mix in the morning, especially north. Otherwise precipitation will remain all rain through the day. Strong winds are likely Tuesday and again Wednesday. A brief period of light snow is possible very early Wednesday, with little accumulation expected.

Have a great Monday!