Today’s pattern will feature cooler temperatures compared to yesterday as a strong area of high pressure settles in from the north. This will keep temperatures closer to normal values for this time of year, in the lower 50s. Overnight tonight we stand the chance at our first freeze since temperatures will plunge into the upper 20s with clear skies and near calm winds. 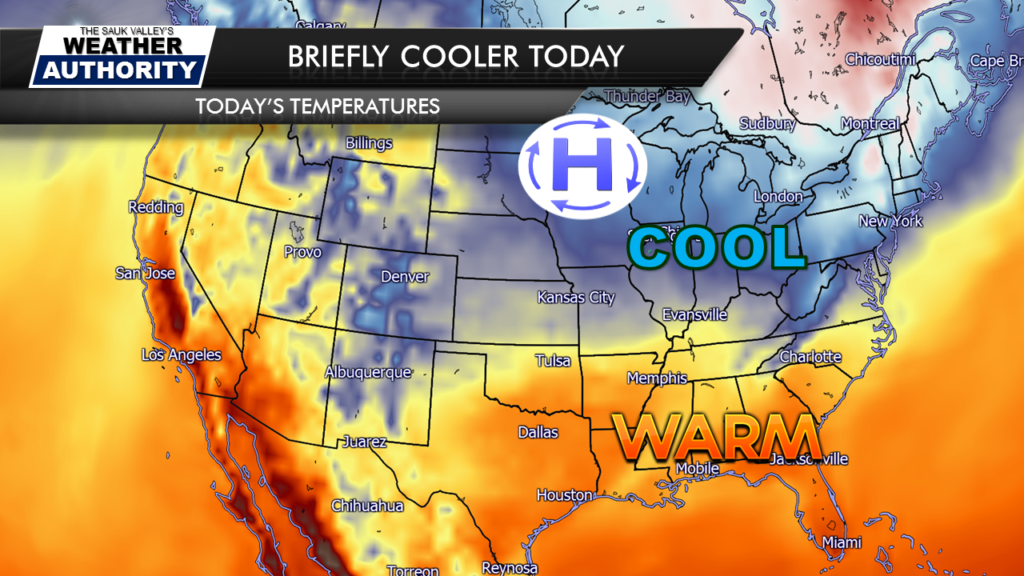 We’ll slowly moderate things temperature wise heading into the weekend as high pressure retreats off to the east. This will draw up a southerly flow bringing mild air back into the region. We’ll remain dry as well with no real chance of rain until sometime late Tuesday into early Wednesday as a cold front approaches. Until then, expect mainly sunny skies and highs near normal.

Here’s a trend of our recent observed high temperatures so far this month compared to normal values. The entire month so far has been spent well above the average value line and it appears we are going to continue this trend for at least another week or two before some potential changes may come our way. 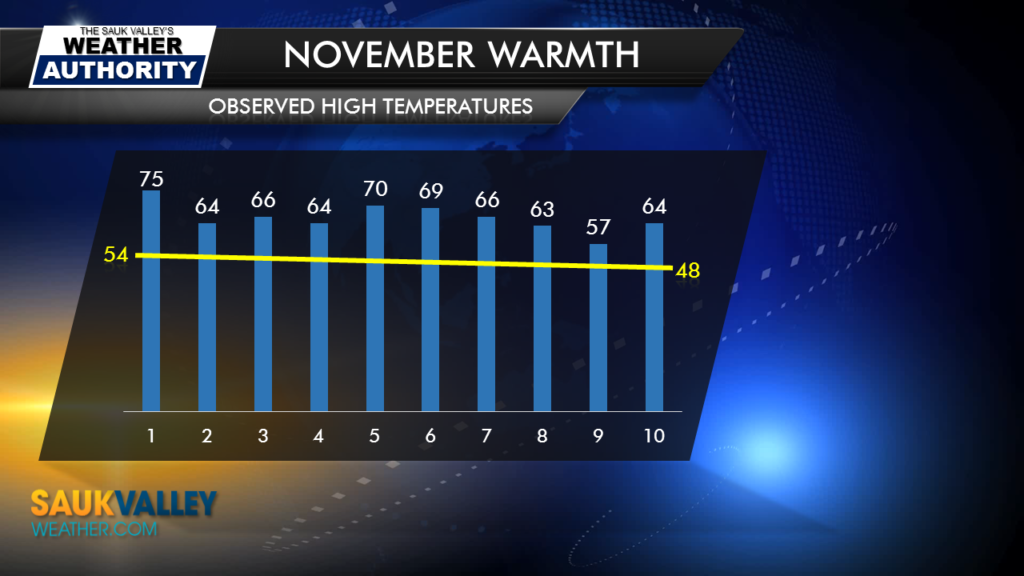 As you can see in the extended outlook plenty of dry days ahead with only slight chances for rain next Tuesday and then again later in the week when a much stronger storm system may begin to approach the area. It is after this period beyond day 7 when we could potentially see some drastic changes in our temperatures. Stay tuned! 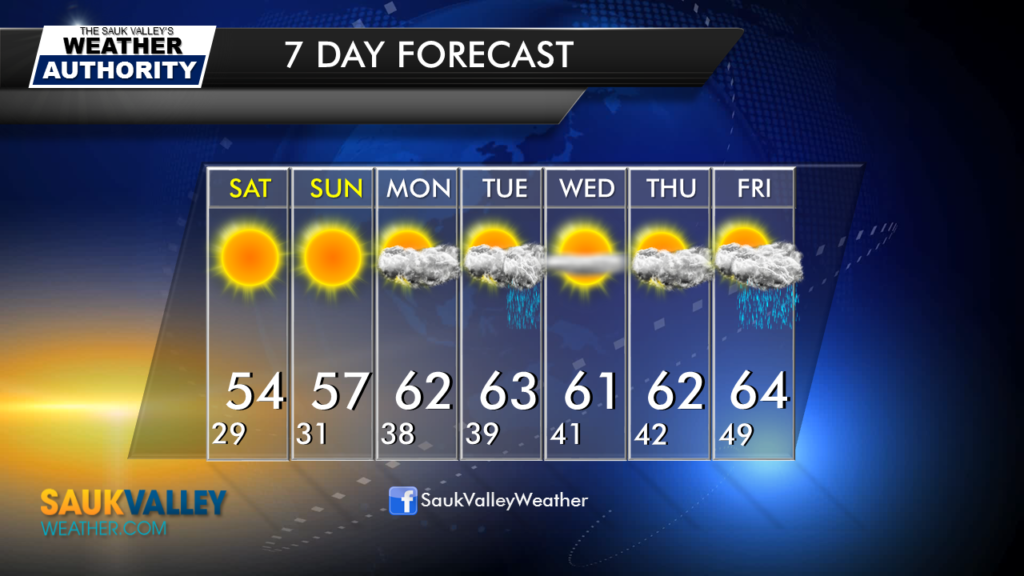