A very active pattern will be setting up over the region over the next few days which will likely result in heavy rainfall totals by Tuesday night. A slow moving frontal boundary will waver across the area with an unusually high amount of moisture interacting with the front to produce several rounds of showers and thunderstorms beginning Monday. Rainfall amounts of over an inch appear likely in many areas, with higher amounts over two inches likely farther east. Showers and thunderstorms will continue through much of Tuesday providing additional rainfall. At this time, no severe weather is expected. The rain may briefly mix with freezing rain and sleet Tuesday evening before ending. Details will become further clarified regarding this threat over the next 24 hours. 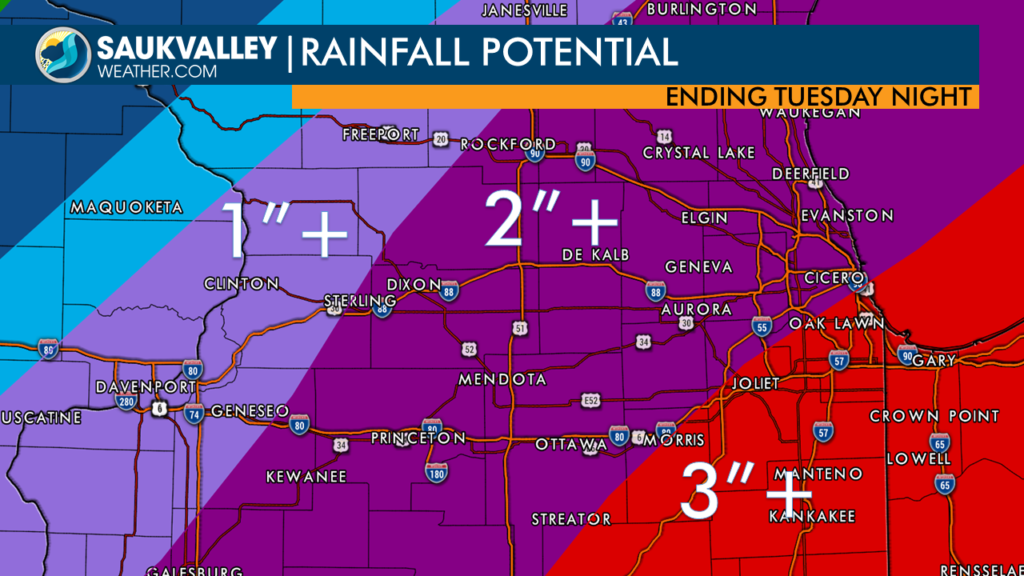 Because the ground is still frozen much of this rainfall will runoff and cause flooding in low-lying areas, along with creeks, streams, and rivers. If you have interests on the Rock River or any other body of water that typically experiences flooding, be prepared to take immediate action should water rapidly rise in your area. Several areas of the river are still covered with ice. As much warmer temperatures arrive Monday into Tuesday, the threat for ice jams will also increase which could lead to river flooding. Stay tuned to further updates and possible warnings as we head through early next week regarding the flooding potential.