February continues to be a month that is anything but “average”. From a snowfall drought to a snowfall surplus, and then some! Now the liquid content of that snowfall combined with recent heavy rains has set new records across portions of Northern Illinois. Rockford has now officially logged it’s wettest February on record, eclipsing the old record set back in 1944. Moline is now sitting at the third wettest February on record with close to three and a half inches of liquid precipitation observed this month.

The images below, Courtesy of the Midwest Regional Climate Center show just how much above average rainfall has been across nearly the entire state this month. All of Illinois is experiencing above-average precipitation, especially east-central Illinois where over five inches of rainfall has fallen so far this month. 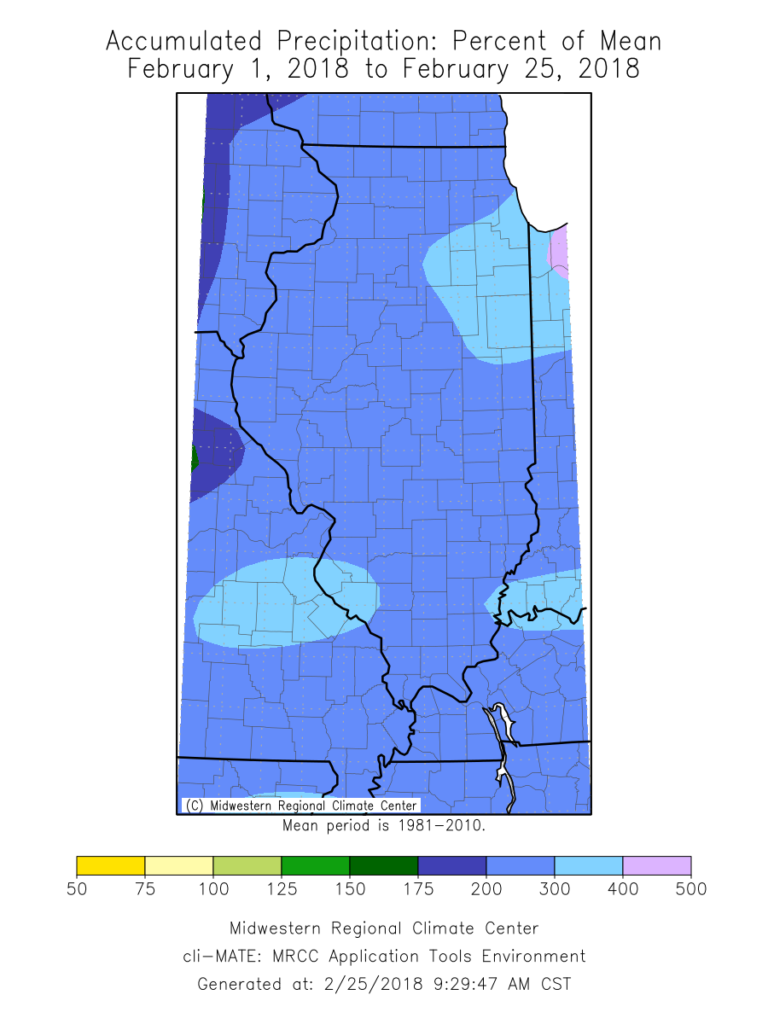 Our pattern will remain active in this last week of February with an additional opportunity for rain as we approach Wednesday.