Welcome to the first day of Winter! Very hard to believe we are days away from Christmas and our warm pattern continues to hold strong across the Sauk Valley as temperatures yesterday exceeded 50 degrees. We also picked up quite a bit of rainfall near three quarters of an inch boosting our monthly total above what we typically see for our December rainfall. We are only going to add to this number as the days progress with several chances for rainfall in the upcoming forecast. 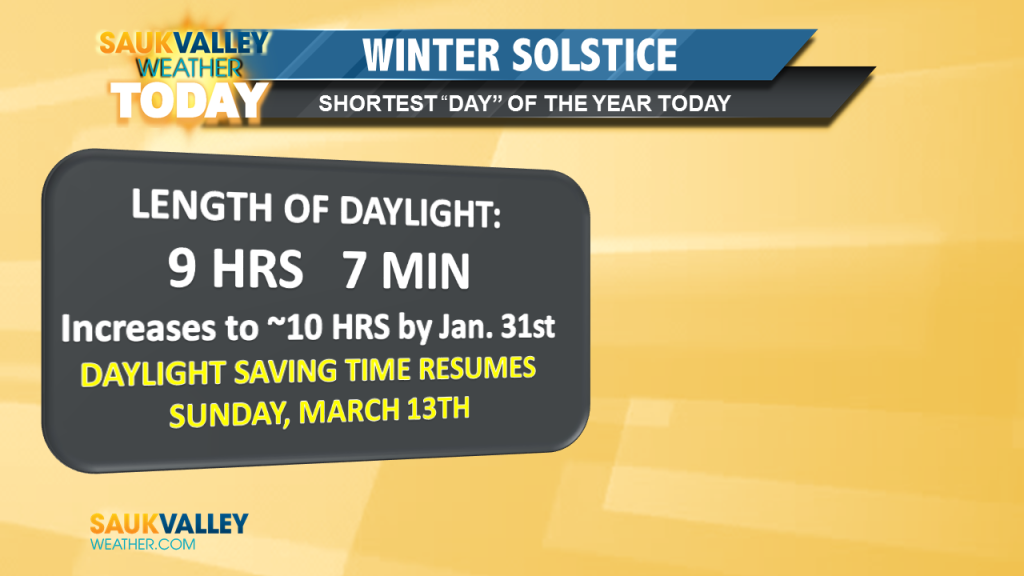 Today some morning clouds and fog will be around before a few peaks of sunshine become possible later this afternoon. Temperatures will be slightly cooler today right around 44 for a high. 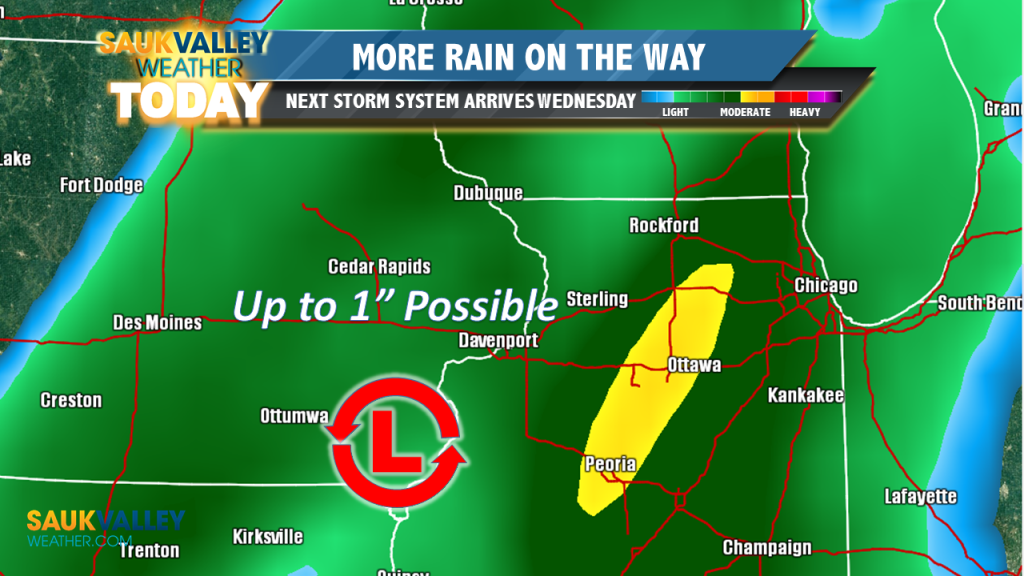 By Wednesday our next rainmaker is already moving in with plenty of clouds and heavier showers likely by the afternoon. A few thunderstorms will be possible too with even some severe weather anticipated to the south of the area. Highs will be warmer in the middle 50s with rainfall amounts generally between one half and one inch. Winds will pick up by the afternoon with gusts near 30 MPH likely.

Rainfall will continue into Wednesday evening before coming to an end just in time for Christmas Eve which will feature cooler temperatures but dry conditions. Highs Thursday will be in the upper 30s. 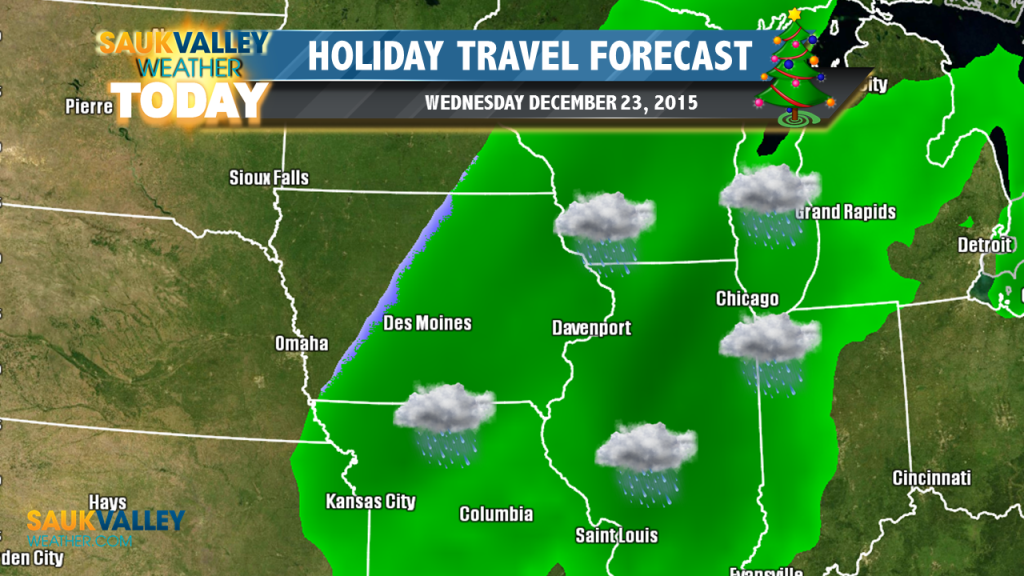 If you are traveling around the midwest generally the precipitation will remain all liquid with the exception of areas around central Iowa and points westward where the rain drops could mix with a few flakes before ending. No major winter weather related travel problems are expected at this time in the region for Wednesday which is great news for anyone traveling.

Christmas Day looking dry as of now and warmer with a little bit of sunshine expected and highs in the 40s. Not bad at all! 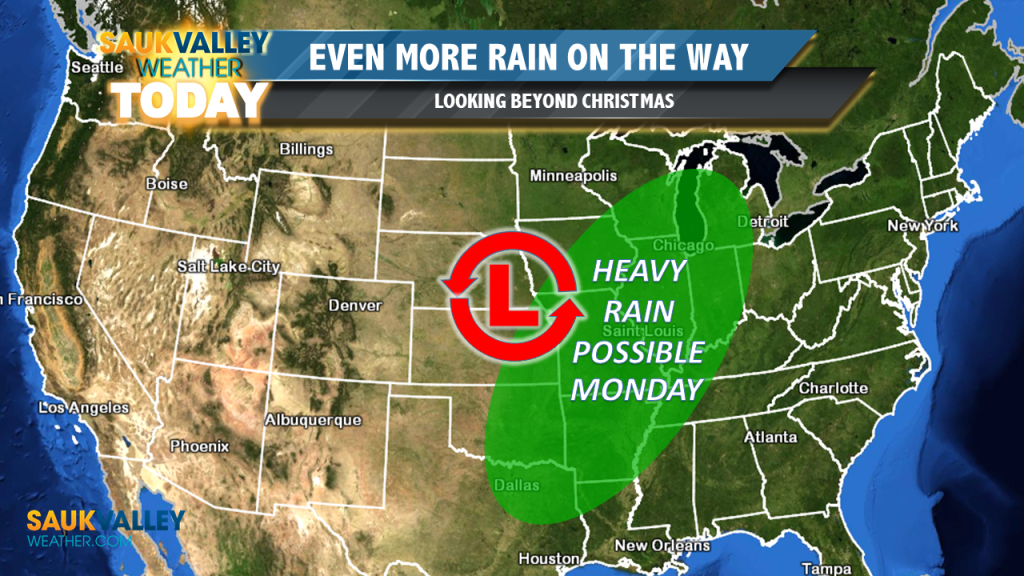 The next chance of rainfall focuses on the first half of the weekend with the warm temperatures continuing. Attention then turns to a much stronger system being advertised next week which could bring some big rainfall totals to the midwest. Definitely keep an eye on this one! 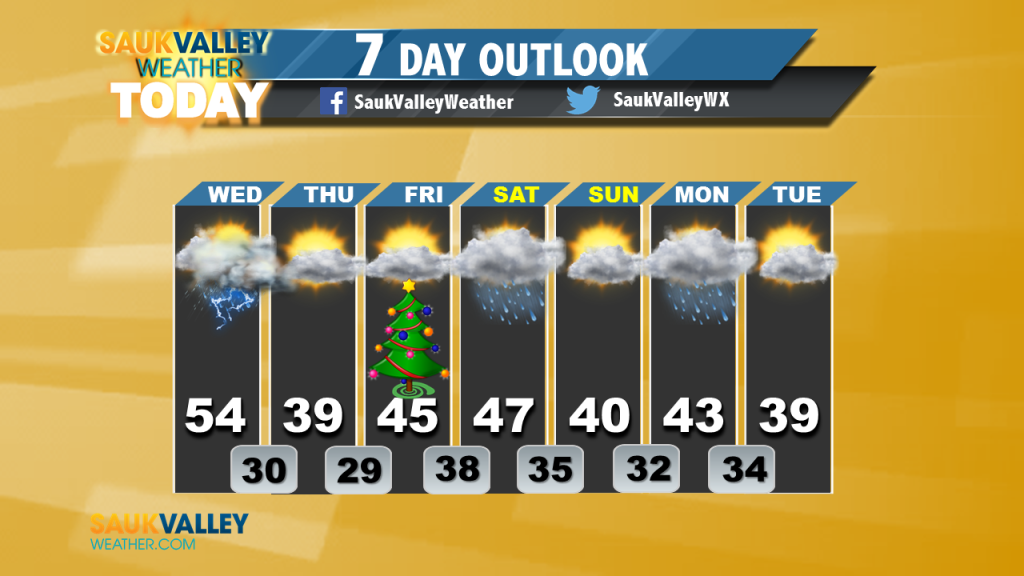