Brace yourselves! If you thought temperatures earlier this week were cold the worst is yet to come. After enjoying the very mild conditions we had yesterday with highs in the middle 40s winds of change are on the horizon starting today. We’ll reach our high temperature this morning followed by falling temperatures behind a cold front this afternoon with plenty of cloud cover accompanying it.

Skies will clear by Saturday morning but the frigid temperatures will have overtaken the area by then with highs in the lower teens. Sunday will be even colder with highs barely recovering above zero. A few flurries will be possible by the afternoon as a disturbance passes near the area. Not expecting any major accumulation but the snow will be very light and fluffy. Dangerous wind chills will be present during the time period of Saturday night through Sunday night so if you must venture outdoors make sure to cover up as much exposed skin as possible to avoid frostbite. Sunday night will see the coldest temperatures of the period with lows sinking below zero.

Temperatures will very slowly moderate as we head into the new week with another light snow chance on Tuesday with highs in the teens. 20s are back by Wednesday and will stick around as we close out the week. 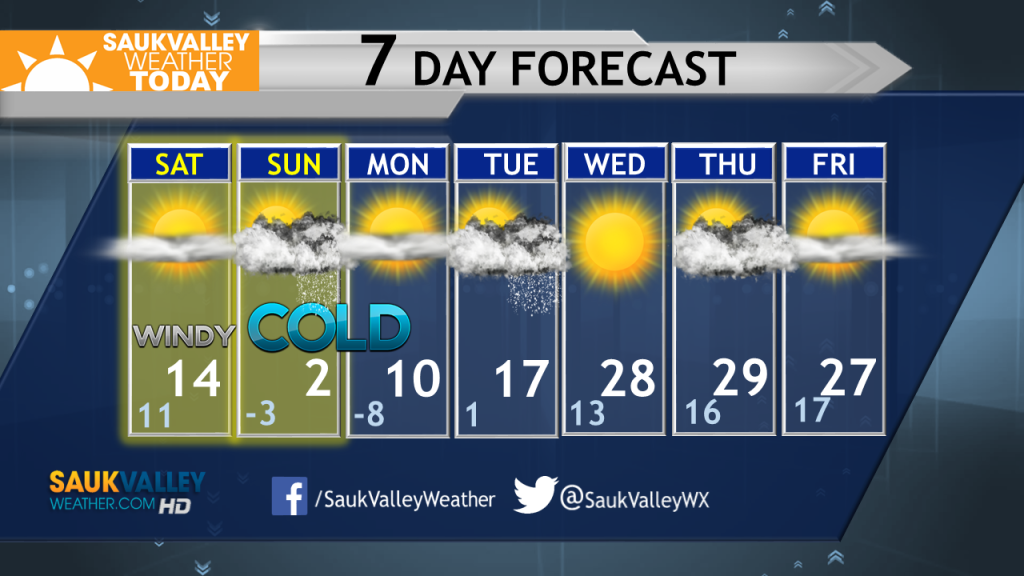