We’ve been on quite the ride with our high temperatures this month which is in typical fashion for the March as cold air tries to invade the area from time to time. The graph below shows where we have been in terms of our highs so far this month and it has been quite the ride with nearly a 30 degree or better spread across the month with much of the time spent above average.

By now you’ve probably seen the snowfall explosion running rampant on your social media feeds for our next upcoming weather maker slated to arrive tomorrow into Thursday. Right now most of the models with the exception of one keep the heaviest snow totals just to the north of the area across parts of northern Iowa and south central Wisconsin, with perhaps an inch or less here. However a couple solutions do pull the storm a little further south which puts our area in the cross hairs. More agreement should occur by later today regarding the snow potential but as it stands now things look pretty light here locally.

Rain will begin by late Wednesday with even a few thunderstorms possible as winds increase from the northeast. Temperatures will hover around 50 for a good chunk of the evening before falling behind the system very early Thursday morning. The rain may mix with and change over to all snow by Thursday evening with light accumulations possible. Most of the accumulation potential will hinge on when the transition occurs from rain to snow, and I know what most of you will be rooting for! Temperatures Thursday will continue crashing through the 30s by the evening hours. 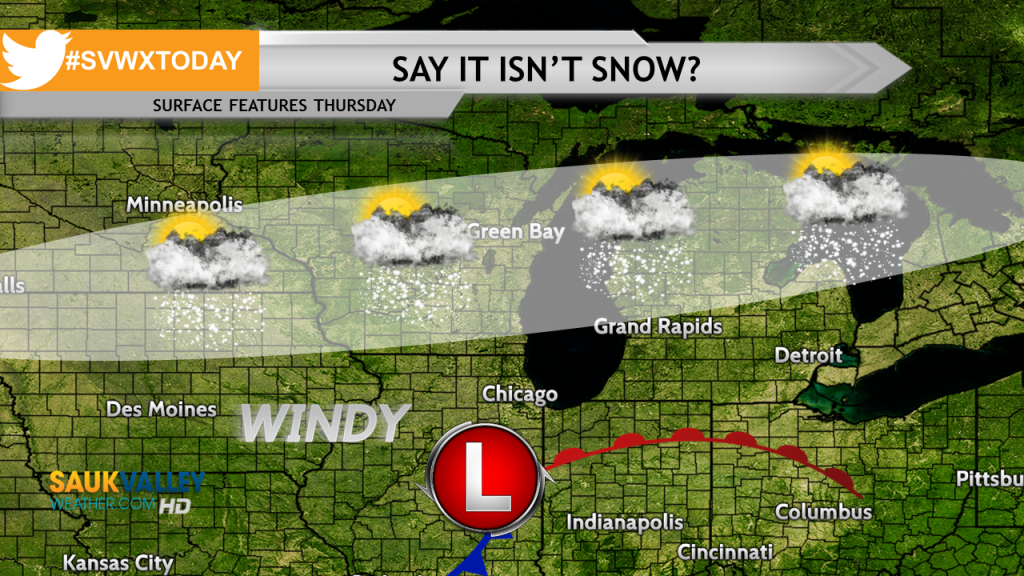 This colder weather won’t hang around long with warming back in the forecast as soon as Friday as the sun returns and highs reach for 50.

The upcoming weekend looks messy in terms of precipitation as another storm looks to impact the region late Saturday into Sunday morning with rain mixing with snow at times. Still plenty of time between now and then for things to change though and hopefully we can dry out Sunday morning just in time for all the area egg hunts.