Skip to content
Snow continues to fall with heavier bands approaching as we go through the next several hours. Most in-town roads remain wet however some of the rural roads are beginning to get a layer of snow building up. Storm reports showing reported snow totals so far have been added to the loop so you can see what areas have received. Areas to the north around Rockford have already seen nearly up to a foot of snow as a very heavy band has setup shop there. Right now around an inch has fallen just north of Sterling and things are beginning to whiten up! 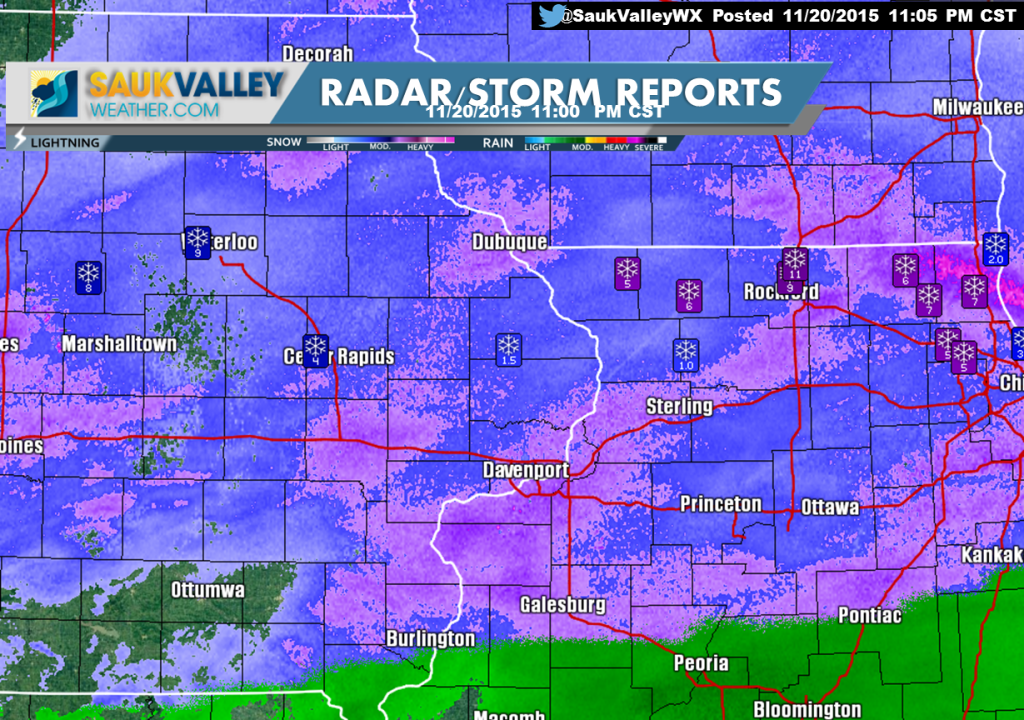