The Winter Storm Warning has been allowed to expired as the final heavy snowfall band continues to push out of the area. Behind this band some light snow remains but expect a decrease in the activity over the next couple of hours. Some sunshine looks to make an appearance by later this afternoon. If we take a look at the satellite image along with the radar you can clearly see the snow at the surface over much of Iowa vs the edge of the (moving) clouds nearing the Mississippi River.

Even though the warning is expired, do expect some blowing/drifting snow in rural/open areas that will cause reduced visibility at times as strong winds develop this afternoon. Temperatures tonight are still expected to plunge into the single digits for lows. 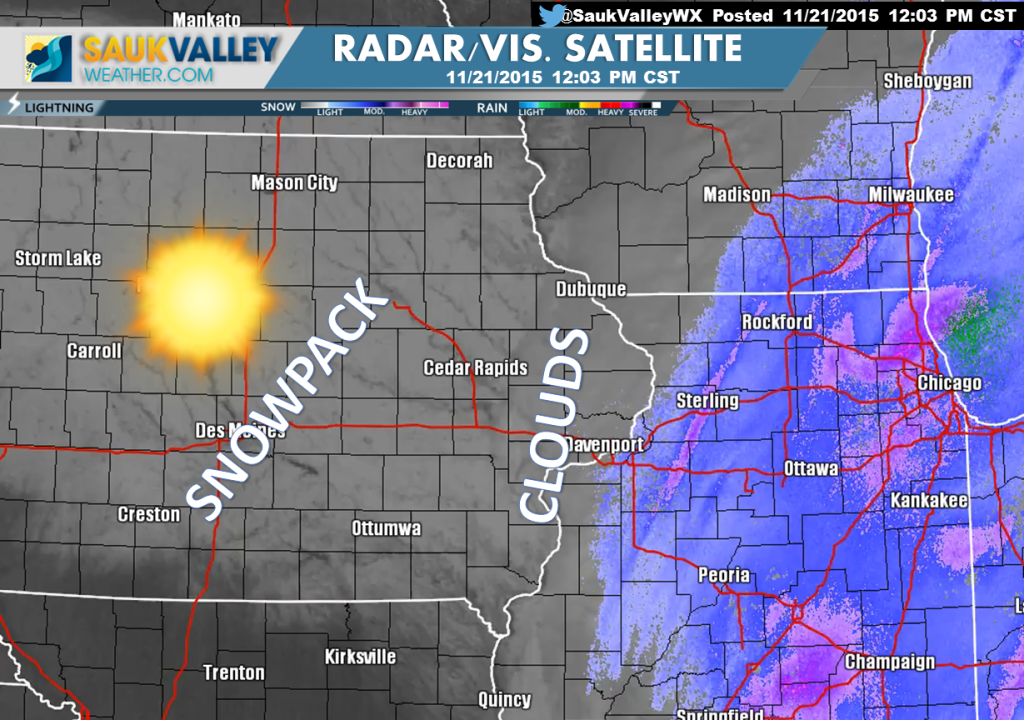